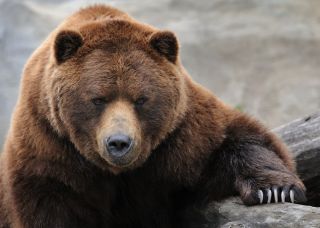 Overzealous hunters may be eating away at grizzly bear populations in British Columbia, Canada, despite the government's claims that the province's quotas help keep hunting practices sustainable. New research suggests that in half of the regions where hunting is permitted, the number of grizzlies killed surpasses the local quotas, reported CBC News.

The study, published this week in the journal PLOS ONE, estimates trophy hunters in British Columbia kill roughly 300 grizzly bears each year; there are approximately 15,000 grizzly bears in the province, according to the B.C. government. By combing through government data from 2001 to 2011, the researchers found that grizzlies are likely being overhunted in many parts of the province. In one area, for instance, trophy hunters killed 24 more grizzlies than they were allowed to under the prescribed quota.

"It does cast some doubt that management is safeguarding the future of these populations," study co-author Kyle Artelle, a biologist at Simon Fraser University in Burnaby, B.C., told CBC News.