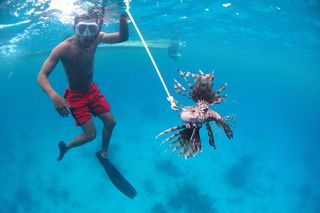 As conservationists, we are fortunate to work in some of the last wild places on the planet — those few amazing spaces where intact assemblages of native species still fulfill their ecological roles, and for the most part, interact outside the influence of industrial, urban humankind. These places remain the only manuals for how nature works, because everywhere else, humans and their activities dominate landscapes — and nature is subordinated to satisfying humanity's wants and needs.

It is unfortunate, and telling, that many people are surprised — and a little skeptical — to hear that conservation organizations like WCS care deeply about the wellbeing of indigenous and rural peoples that live in the wild places where we work. Yet, more than anyone else, rural people — often the poorest individuals in a community — have an interest in finding alternatives to conventional development approaches, those based on the imposition of individual over collective rights and the reduction of nature to a series of commodity values.

At WCS, our interest in such communities has both practical and moral dimensions. Poverty forces people to adopt a short-term view in which the future is discounted because any given child, or parent's, survival is so uncertain. Conservationists need to understand this and look for ways to help families make the present more secure while constructing a pathway to a safer, healthier and more prosperous future. Livelihood security is essential in taking a long view on the environment.

In the Bolivian lowlands, where WCS has been working with indigenous organizations for over 20 years, it had been impossible to discuss land and natural resource management because management rights remained in dispute. To resolve this issue, we supported indigenous organizations to secure legal title to over 3.7 million acres (1.5 million hectares) of legitimately claimed territory and implement sound management practices, which led to significant declines in deforestation rates and equally significant growth in populations of key wildlife species. At the same time, local families' livelihood options and quality of life have measurably improved.

Today, indigenous organizations have become an important constituency for conservation, advocating for the application of internationally accepted best practices in infrastructure construction and oversight of extractive industries, and mobilizing to defend the country's national park system.

Over time, WCS's work with local and indigenous peoples around the world has encouraged us to think about people's wellbeing from three distinct perspectives. First, wellbeing is a means to a conservation end. Providing economic incentives for poor families to engage in conservation practices is a purposeful strategy. When such practices are tied to higher incomes and greater livelihood security, people can think beyond immediate survival and consider longer-term natural resource management issues.

Second, one desired outcome of conservation is the economic security of local families. By managing wildlife and wild places, communities prevent degradation and loss. In turn, the food, firewood, building materials and clean water that derive from these sustainably managed places directly support families in the bottom billion of the planet's population — those who depend upon nature for their wellbeing and have few, if any, alternatives. In this way, successful conservation leads to better livelihoods, creating a virtuous circle of sustainable management of nature.

Lastly, conservationists share with doctors a Hippocratic obligation to "first do no harm." The Conservation Initiative on Human Rights, which WCS helped to found, commits its members to do work that respects and protects the rights of local people. A key element of that idea is ensuring that the global community pays for the protection of biodiversity and critical ecosystems — which constitute global public goods — and that the poor do not subsidize the good intentions and associated peaceful sleep of the wealthy.

The great naturalist John Muir once observed of conservation that "when we try to pick out anything by itself, we find it hitched to everything else in the universe." Arguing that nature should be conserved because of its intrinsic worth, and not only because of its immediate usefulness to humankind, conservation has always been about how people view, value and use nature. But in the 21st century, as populations expand and people encroach ever further into the last remaining wild places, attention to the wellbeing of local people has become inseparable from the wellbeing of the planet.