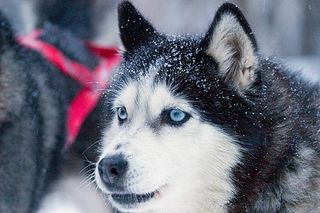 As a cognitive ethologist, people often ask me not only about the latest findings in animal cognition and emotions, but also for perspective on the latest reports of animal abuse.

I usually receive reports or videos of abuse in research laboratories, zoos, circuses, rodeos or factory farms, but from time to time, people ask me questions about dog training. In 2011, I received a video showing Cesar Millan (aka the "dog whisperer") hanging a husky who was ill-behaved.

This treatment of a sentient being named Shadow sickened me, and I soon discovered that many others also were horrified by this so-called "training" session. (For further discussion please see Mark Derr's Pack of Lies.)

Now, when I speak with dog trainers I mention this video, and by and large most people agree that putting a noose around a dog's neck, yanking the dog off the ground and suspending him or her in the air is unnecessarily cruel and abusive — and most tell me they would be really upset if this were done to their dog. So too would I. [10 Things You Didn't Know About Dogs ]

However, I have also been told by a few people that it was just fine to string up a dog who needed to be disciplined. I've asked those same people if they would do this to a child or another human being, and they emphatically say, "No, of course not." Well, then, why allow it to be done to a dog? It's also useful to ask if this is a treatment that someone would want done to them, or allowed to be done to their dog or another dog — and if not, why not?

This is what a dog expert wrote to me about the stringing-up of Shadow:

If you have the courage to watch the video, you'll see that Shadow wasn't "merely" lifted off the ground. Indeed, Shadow was put in his place and this degree of trauma likely will have a long-term effect, as does any other abuse to which an individual is exposed, intentional (as in this case) or unintentional.

Scientists know that dogs and other animals suffer from long-term depression and PTSD after being traumatized, and training techniques that cause trauma shouldn't be sanctioned and should be strongly opposed.

I'm writing about Shadow because there simply have to be limits to what is permissible when trying to get dogs to behave in acceptable ways. Stringing up dogs or other animals goes well beyond what I would accept, and if I saw someone doing this, I'd immediately call the police. I imagine most people would do the same.

If one thinks a dog deserves this sort of treatment then it would be useful to know why this is so, and discuss how non-abusive techniques can be used instead of those that harm and intimidate. Many people who work with domestic and wild animals are using and continually developing training techniques based on positive reinforcement and so, too, should everyone who works with our best friends. Training must factor in the capacity for an individual to suffer and experience deep and enduring pain.

As Mark Derr notes, "Properly treating aggression, phobias, anxiety and fears from the start can literally save time and money. Mr. Millan's quick fix might make for good television and might even produce lasting results in some cases. But it flies in the face of what professional animal behaviorists — either trained and certified veterinarians or ethologists — have learned about normal and abnormal behavior in dogs."

Quick-fix training techniques based on severe intimidation and various forms of psychological and physical abuse need to be removed from training protocols and our objections to these methods need to be louder than mere whispers behind closed doors. Shadow's saga, his very sad story, forces us to think about who we are, who they (non-human animals) are, and how we must treat them.

Dogs expect us to treat them with dignity and respect, and when they become challenging and try our patience, we must never forget that they are sentient beings who thoroughly depend on our goodwill. It's a dirty double-cross to intentionally abuse them and commit them to a life of fear. It's a betrayal of their trust that we will always have their best interests in mind. It also demeans us.

The hearts of our companion animals, like our own, are fragile, so we must be gentle with them. Let's openly and graciously thank them for who they are, for their unfiltered love and embrace their lessons in passion, compassion, empathy, devotion, respect, spirituality and love. Surely, we will never have any regrets by doing so, and much pure joy will come our way as we clear the path for deep and rich reciprocal relationships based on immutable trust with our companions and all other beings.

Bekoff's most recent Op-Ed was "From Animals, We Can Learn Generosity and Forgiveness" This article was adapted from "Did Cesar Millan Have to Hang the Husky?" in Psychology Today. More of the author's essays are available in "Why Dogs Hump and Bees Get Depressed." The views expressed are those of the author and do not necessarily reflect the views of the publisher. This version of the article was originally published on LiveScience.