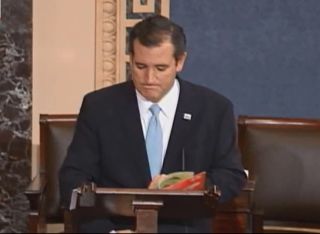 For critics who believe these desperate legislative shenanigans are juvenile, research supports their claim: Rhymes are very compelling for young children, and their brains seem to process them even better than they process the meanings of other words. [11 Facts About Baby Brains]

In a 2004 study, researchers read lists of words to young children and then asked them to recall and recite the words they'd heard. The words on the list were all related: A child might hear "nap," "bed," "rest," "dream," "doze" and "snore," for example. Adults taking the test often add the word "sleep" into the list, though it appears nowhere on the original list — the other sleep-related words tricked their brain into assuming the word's presence, researchers surmised.

But young kids responded differently: Instead of adding new words based on meaning, 5-year-olds added new words that rhymed with the words on the list. A child who heard "nap," for example, might throw in "map" or "cap." In their brains, the rhyme overrode the meaning. As children grow older, they seem to grow out of this tendency, the researchers reported.

And because rhyming helps children learn to read, Dr. Seuss is recognized as being ahead of the rhyming curve. "He nicely sets it up for them," Miriam Cherkes-Julkowski, an educational consultant, told LiveScience in an earlier interview. "He introduces it to them in a fun way before they ever have to make sense out of print."

It's worth noting that "Green Eggs and Ham" is a tale of hidebound resistance to change, which — when eventually overcome — results in a happy outcome for all.