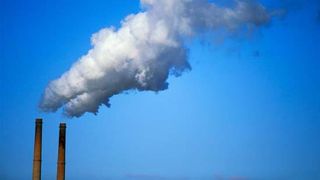 David Doniger is the policy director for the Climate and Clean Air Program at the Natural Resources Defense Council (NRDC). This Op-Ed was adapted from a post on the NRDC blog Switchboard. Doniger contributed this article to LiveScience's Expert Voices: Op-Ed & Insights.

The entire G-20 agreed to work together on phasing down HFCs under the Montreal Protocol, the treaty that saved the ozone layer, using language similar to the breakthrough agreement reached in June by U.S. President Barack Obama and Chinese President Xi Jinping. And at the same time, Presidents Obama and Xi raised the bar by ratcheting up their bilateral cooperation on reaching the HFC amendment.

This is a big deal. A phase-down agreement could cut out HFCs with a heat-trapping punch equivalent to as much as 90 billion tons of carbon dioxide over the coming decades. That's equal to eliminating two years worth of all global greenhouse gas emissions. [HFCs? Curbing Them Is Key to Climate-Change Strategy (Op-Ed)]

"We also support complementary initiatives, through multilateral approaches that include using the expertise and the institutions of the Montreal Protocol to phase down the production and consumption of hydrofluorocarbons (HFCs), based on the examination of economically viable and technically feasible alternatives. We will continue to include HFCs within the scope of UNFCCC and its Kyoto Protocol for accounting and reporting of emissions."

That agreement means all of the world's large industrial countries, including India and Brazil, are now on the same page for phasing down these dangerous climate-changing pollutants under the Montreal treaty. One year ago, China, India and Brazil stood in the way of HFC phase-down proposals from the United States, Canada and Mexico, and from Micronesia and other island nations. The U.S.-China agreement in June broke the logjam, and later that month all countries, including the former holdouts, began productive HFC phase-down discussions in Bangkok under the Montreal Protocol.

Since then, all of the big industrial nations have been moving. The European Union is adopting HFC phase-down legislation for its 27 member nations. In the United States, President Obama directed the U.S. Environmental Protection Agency (EPA) to start curbing HFCs under his Climate Change Action Plan. And in both China and India, governments and industries are seriously engaged in reviews of how fast they can move to HFC alternatives that cool, insulate and clean with less impact on the climate.

The new U.S.-China agreement will add further momentum to the Montreal Protocol negotiations.

Here's what the Obama-Xi statement says:

"We reaffirm our announcement on June 8, 2013, that the United States and China agreed to work together and with other countries through multilateral approaches that include using the expertise and institutions of the Montreal Protocol to phase down the production and consumption of HFCs, while continuing to include HFCs within the scope of UNFCCC and its Kyoto Protocol provisions for accounting and reporting of emissions. We emphasize the importance of the Montreal Protocol, including as a next step through the establishment of an open-ended contact group to consider all relevant issues, including financial and technology support to Article 5 developing countries, cost effectiveness, safety of substitutes, environmental benefits and an amendment. We reiterate our firm commitment to work together and with other countries to agree on a multilateral solution."

The two presidents built on their June agreement by calling specifically for a Montreal Protocol "contact group" to negotiate the nuts and bolts of an HFC amendment. Formation of a contact group is diplomatic code that signals China's readiness to ratchet up the talks begun in Bangkok last June, turning them into full-fledged negotiations on the terms of the HFC amendment, including appropriate timetables for cutting HFC production and financial and technological assistance through the treaty's Multilateral Fund.

These are all strong signs that real progress will be made in the next round of Montreal treaty talks, taking place in Bangkok this October, and that all the key countries are ready to reach an HFC deal next year.

An HFC deal in 2014 would be a huge step to protect the climate all by itself. And it would build confidence as countries head into the next big round of climate talks culminating in Paris in 2015.

This Op-Ed was adapted from "U.S., China, G-20 Make New Progress on Curbing HFC Super Pollutants in St. Petersburg Summit"on the NRDC blog Switchboard. The views expressed are those of the author and do not necessarily reflect the views of the publisher. This version of the article was originally published on Live Science.