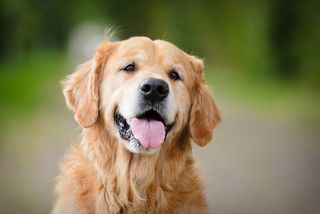 Andrew Rowan president and chief executive officer of Humane Society International (HSI), and chief international officer and chief scientific officer of The Humane Society of the United States (HSUS). This Op-Ed is adapted from one that first ran on Latitudenews.com. Rowan contributed this article to Live Science's Expert Voices: Op-Ed & Insights.

The life of a street dog is fraught with danger. She struggles daily with traffic, other animals and fearful encounters with people who are rightly terrified of becoming a victim of a dog bite, or worse, of contracting rabies.

In India, the issue is particularly acute. Millions of street dogs coexist with people in the country's booming cities. Indians experience among the highest rates of dog bites in the world. Thirty-six percent of the world's rabies deaths occur in India, according to the World Health Organization.

But now, thanks in part to American cats, there's hope for India's street dogs. And that means there's also hope that India may become a rabies-free country.

The solution? A quick surgery developed by Humane Society International called Capture, Neuter, Vaccinate & Return (CNVR) that is based on the work done in the United States to manage feral cat populations.

The strategy of trapping and killing feral cats — a practice that is both inhumane and ineffective — is now considered outdated. Many American communities have successfully turned to CNVR to control population numbers. While the released cats are still homeless and visible, they are no longer reproducing and are often provided food and veterinary care by local caretakers. This, in general, is accepted and tolerated by the American public.

India's dilemma with street dogs is similar to the American feral cat issue.

Where there are people, there are dogs. While many are nervous about dog bites, Indians also have a great tolerance and, in some cases, compassion for street dogs. Despite the fear of rabies, street dogs are often cared for by local communities. However, as many places in India lack effective street dog population and vaccination programs, cruel and indiscriminate dog culls are often the program of choice when there is a community outcry for action following a biting incidence or a potential rabies outbreak.

HSI's approach builds on India's own spay/neuter program known as Animal Birth Control. In the dense, always-on-the-go cities of Jaipur, Jamshedpur, Bangalore and Hyderabad, our teams from Humane Society International/India have provided training to local veterinarians in sterilization techniques that are quick, efficient and safe.

Results are promising. In Jaipur, for example, the incidence of dog bites has been cut by two-thirds and the number of human rabies cases has fallen to zero.

A day's work for our HSI teams — veterinarians, dog catchers, and all others who help in the process — starts in the early morning hours. Each team arrives at a destination where they've spotted sleeping dogs. They catch one, then two. Other dogs wake and sound an "alarm" bark, which soon engulfs the entire area, and the teams must move on to a new area. Once they've rounded up a good number of street dogs, it's to the clinic for a quick surgery, recovery, affectionate pats and cuddles for those willing, and then the dogs get released back where they were found.

The steady decline of unwanted dogs and cats in U.S. shelters over the last several decades has a lot to do with sterilization efforts across the country. A rapid spay/neuter technique in India will also help prevent crowding and potential for disease spread, which are common in shelters everywhere.

In the U.S., spay/neuter, like the handling of feral cats, sparked passionate debate among veterinarians, members of the public and animal protection advocates. But the initiatives persevered and today are the reason for substantially fewer homeless dogs and cats. One telling indicator: euthanasia rates declined from 25 percent to 3 percent between 1970 and 2010.

India's national government is finally coming to grips with the fact it must address its millions of street dogs for the betterment of society — and that this must be done humanely. As the government weighs a massive, country-wide rabies control program, HSI will encourage officials to use our approach, which has already been successful in some areas of India, as well as Bhutan and the Philippines, as a humane, effective and cost-efficient way to reduce street dog populations.

In one case, a well known business school in the city of Ahmedabad approached HSI about how to deal with increasing numbers of street dogs on campus. Students were frightened and school administrators worried about public health and safety, but wanted to handle the situation humanely. Our HSI/India team sterilized and rabies-vaccinated nearly every dog on the campus and released them back to their original territories. Students' attitudes relaxed, creating a more harmonious environment for both people and dogs.

As His Holiness the Dalai Lama noted when he graciously joined our celebration for opening an HSI office in India, animals deserve our compassion. "We must know their pain," he said. "We should nurture this compassion through education. Showing concern about animal rights is respecting their life."

These programs are just the beginning of a global effort to help the over 200 million street dogs around the world. We must show compassion to the street dogs in India and beyond.

This Op-Ed first appeared as "The Case for India's Street Dogs" on the website Latitudenews.com. The views expressed are those of the author and do not necessarily reflect the views of the publisher. This version of the article was originally published on Live Science.