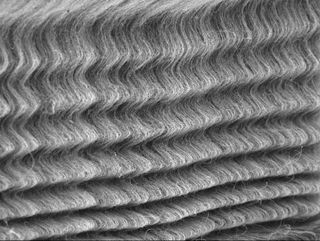 Creating new foams like those used in beds always involves a tradeoff between strength and flexibility. But a new foam made of carbon nanotubes involves no such tradeoff.

Carbon nanotubes were first created in 1991. They're microscopic structures created by scientists who manipulate the arrangment of atoms. In a new study, the nanotubes were found to act like super-compressible springs.

Films of carbon nanotubes were made to act like a layer of mattress springs, flexing and rebounding in response to a force, the research showed. But unlike a mattress, which can sag and lose its springiness, these nanotube foams maintain their resilience even after thousands of compression cycles.

The product could be used for disposable coffee cups or the exterior of the space shuttle, its inventors report in the Nov. 25 issue of the journal Science.

Carbon nanotubes are made from graphite-like carbon. Already their used to strenghten concrete, among other applications. The atoms are arranged like a rolled-up tube of chicken wire.

“These nanotubes can be squeezed to less than 15 percent of their normal lengths by buckling and folding themselves like springs,” says the study's co-author Anyuan Cao, who was a postdoctoral researcher in Ajayan’s lab and is now an assistant professor at the University of Hawaii at Manoa. “After every cycle of compression, the nanotubes unfold and recover, producing a strong cushioning effect.”

The thickness decreased slightly after several hundred compressions, but then stabalized and remained constant through 10,000 compressions without any damage.

Nanotubes also are hightly stable in the face of extreme chemicals, high temperatures, and humidity.