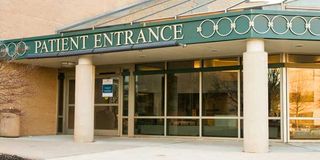 Gary Cohen is co-founder and president of Healthcare Without Harm and Jeffrey Thompson  is chief executive officer and chairman of the board for the Gundersen Health System. This piece is adapted from an article for the Skoll World Forum published in Partnership with Forbes. The authors contributed this article to LiveScience's Expert Voices: Op-Ed & Insights.

As people continue to learn more about climate change, they are beginning to realize that it fundamentally is a health issue that will affect everyone in the world.

For many communities living downwind from coal-power plants, processes that affect climate change are more local, and look like more childhood asthma, as well as an increase in respiratory diseases among the most vulnerable citizens. People are learning that climate change is already leading to the spread of mosquito- and other vector-borne infectious diseases like Dengue fever and malaria to places that have never seen these diseases before.

The world is learning that it is not possible to support the population when the planet is sick.

In this unfolding crisis, the healthcare sector occupies a unique position in society to admit its contribution to the problem, and to lead the fight against climate change.

Given that healthcare is underpinned by an ethical imperative to "first, do no harm," it has a responsibility to reduce all of its pollution and lead our society toward renewable energy, energy efficient products, local and sustainable food systems, safer chemicals and other mitigation efforts that support healthier people in healthier communities.

Healthcare represents 18 percent of the entire economy and is growing. If people can harness the purchasing power of that critical sector and invest in "climate positive" energy sources, they can drive the entire economy toward a more sustainable future. This low carbon development path simultaneously will reduce the rising disease burden and reduce the globe's spiraling healthcare costs.

Second, society needs to become better prepared for climate-change impacts in communities. Hospitals and clinics need to be resilient and self-sufficient. They need to help everyone prepare for the coming storm, as well as administer to the sick and wounded during extreme weather events. They should be the last buildings standing in a hurricane, rather than some of the first to go down. If hospitals have reliable on-site power, they can continue to provide critical care to patients even if the power grid is down for days. The good news is that on-site power can make hospitals more energy efficient, can reduce greenhouse-gas emissions, and save the hospitals money. Toward this end, a global coalition for "Healthier Hospitals" is accelerating the adoption of sustainable and climate-friendly practices, and saving hospitals money in the process.

Third, healthcare professionals are some of the most trusted spokespeople in society. When our society became addicted to tobacco, nurses and doctors were the first to recognize the dangers; they banned cigarettes from hospitals and educated their patients about the dangers of tobacco.

In a global campaign to kick people's addictions to fossil fuels and toxic chemicals, doctors, nurses and other healthcare workers need to be powerful spokespeople for policies that understand the true cost of a fossil-fuel-based economy and support the transition to a renewable-energy and toxics-free future. There are five million healthcare workers in America. They can become climate champions for local climate solutions in their communities, as well as serve as critical spokespeople at the local, state, national and global levels for actions, laws and treaties to rein-in climate change.

In this next period of our collective history, society needs to redefine healthcare. It no longer can focus exclusively on treating chronic disease in individual patients within the walls of a clinic or hospital. healthcare needs to clean up its own system, and live its mission of addressing the environmental and social conditions that are making people sick in the first place.

Healthcare needs to lead the fight against climate change — that is our best remedy to the global health emergency.

This article was adapted from Healthcare Needs to Lead the Fight Against Climate Change on the Skoll World Forum on Social Entrepreneurship, a premier international platform for accelerating entrepreneurial approaches and innovative solutions to the world's most pressing social issues.The views expressed are those of the author and do not necessarily reflect the views of the publisher. This version of the article was originally published on LiveScience.