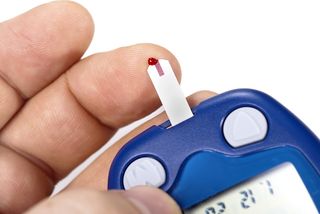 Scientists have discovered that one of the most diabolical proteins implicated in diabetes not only kills insulin-producing cells through one mechanism, but also damages the cells it doesn't kill through a second, novel mechanism.

Reigning in this rogue protein, called TXNIP, could significantly control diabetes, a disease that affects nearly 9 percent of Americans and is rapidly becoming a major cause of death and disability worldwide.

The scientists, from the University of Alabama at Birmingham, identified several never-before-realized routes to target TXNIP with drugs. Their study appears today (Aug. 25) in the journal Nature Medicine.

Diabetes is a disease characterized by high levels of sugars in the blood, often resulting in cardiovascular disease, kidney disease and nerve damage, and can lead to the loss of limbs. Normally, the pancreas produces insulin in its beta cells to shuttle sugars, or simple carbohydrates, from the foods we eat into various organs, where it is used for fuel. In people with diabetes, either the pancreas isn't producing insulin (type 1 diabetes) or the insulin that is produced isn't effectively shuttling sugar into the organs (type 2 diabetes).

Type 1, once called juvenile diabetes, is usually diagnosed in children – their pancreatic beta cells die or malfunction for no known reason. Type 2, sometimes called adult-onset diabetes, usually develops during adulthood and is strongly associated with obesity or a diet high in sugars and processed foods, although sedentary lifestyles and hereditary factors are also at play. [5 Diets That Fight Diseases]

The protein TXNIP, short for thioredoxin-interacting protein, is involved in both type 1 and type 2 diabetes.

Dr. Anath Shalev, director of the UAB Comprehensive Diabetes Center and senior author on the new paper, discovered nearly a decade ago that TXNIP is activated by sugars and kills beta cells. She found that TXNIP can unleash a wave of molecules called free radicals that tell the beta cells to commit cellular suicide in a process called apoptosis.

Apoptosis would be good for, say, cancer cells or cells infected with pathogens, which is why the body has such a defense mechanism, but it clearly isn't good for beneficial beta cells.

In her most recent research, Shalev along with lead author Guanlan Xu of UAB and colleagues found that TXNIP also can tell the beta cells to make less insulin. This is done through a never-before-seen mechanism, she said, in which TXNIP triggers the beta cells to make a snippet of genetic material, called microRNA-204, that interferes with another molecule, called transcription factor MafA, which would otherwise turn on the insulin gene.

The newly discovered pathway provides more ways for doctors to stop the ravages of TXNIP. For example, perhaps a drug could block microRNA-204.

Shalev said that for some people, excessive demand on beta cells to produce insulin to counteract elevated blood sugar — which is what's seen in type 2 diabetes, which accounts for more than 90 percent of all diabetes — eventually stresses the beta cells, which then lose their ability to make enough insulin to meet demand. This leads to an increase in blood sugar and greater levels of TXNIP production – a vicious cycle that results in even less insulin production and more beta cell death.

"Sugars in the diet per se do not cause diabetes, and we have to be cautious not to oversimplify a complex disease such as diabetes," Shalev told LiveScience.

However, elevated blood sugar levels are known to cause an increase in TXNIP, and over time, even small increases in blood sugar levels can lead to accumulation of TXNIP and the associated beta cell dysfunction and death that can eventually lead to diabetes, she said.

Fumihiko Urano at Washington University School of Medicine in St. Louis, Mo., a diabetes expert not involved with the new study, described the research as a major advance in understanding the origin and progression of diabetes.

Urano's research has revealed that excessive TXNIP is produced as a result of stress on a cell structure called the endoplasmic reticulum (ER). He said the new study points to researchers' growing understanding that TXNIP is a key player in a host of diseases related to ER stress, such as Alzheimer's disease, Parkinson's disease, and Wolfram Syndrome, Urano's specialty, a rare genetic disorder whose symptoms include type 1 diabetes, blindness and deafness.