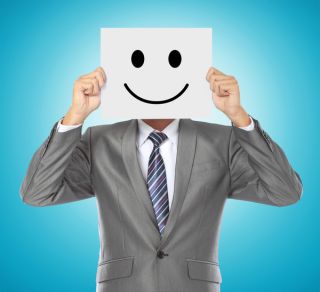 As it turns out, some people can be both. So-called realistic optimists combine the positive outlook of optimists with the clear-eyed perspective of pessimists, new research has found.

These realistic optimists may get the best of both worlds, using their realism to perform better at work and elsewhere, but aren't getting bogged down by unhappiness, said Sophia Chou, an organizational psychology researcher at National Taiwan University, who presented her findings at a meeting of the American Psychological Association in Honolulu, Hawaii earlier this month. [7 Things That Will Make You Happy]

Past research has shown that optimists value thoughts that make them feel good about themselves, whereas pessimists prize a more truthful vision of themselves. But a clear-eyed view can be bad for pessimists' well-being, as they tend to be more prone to depression, Chou said.

Optimists tend to live longer and be healthier overall.

After several years working in business, Chou noticed there were some people who were both optimistic and realistic, and that they tended to be very successful. She wondered whether realism and optimism were really diametrically opposed.

So Chou administered a battery of personality surveys to about 200 college and graduate students in Taiwan. The surveys tested how many "positive illusions" the students held, as well as whether they were more motivated by self-enhancement or reality.

The optimists sorted into two camps: the realists and the idealists.

Interestingly, the realistic optimists also got better grades, on average, than their less grounded peers — probably because they didn't delude themselves into thinking they would do well without studying or working hard, Chou said.

Traditionally, a more realistic outlook is paired with poorer well-being and greater depression, yet the realistic optimists managed to be happy. To understand why, she dug deeper into the personality assessments.

She found that realistic optimists believed they had more self-control and control over their interpersonal relationships.

"Every time they face an issue or a challenge or a problem, they won't say 'I have no choice and this is the only thing I can do.' They will be creative, they will have a plan A, plan B and plan C," Chou said.

That allows them to stay cheery and upbeat about the future, even if they recognize the challenges of the present.

Being a realistic optimist does have one downside, however: They are more prone to anxiety than their completely unrealistic peers. That's likely because they recognize the possibility of failure, whereas their counterparts use positive illusions to ease their anxiety, Chou said.

In order to cultivate a rosy-but-realistic outlook, people should maintain a clear-eyed view of reality, but emphasize what they can control in most situations, she said.