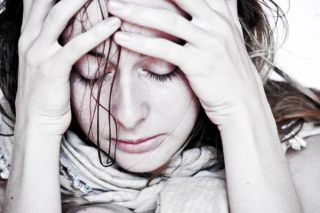 Excessive worry might not be such a bad thing after all — a new small study suggests that such anxiety may have evolved in people along with intelligence.

The results show, among people diagnosed with generalized anxiety disorder, high IQ scores were associated with high levels of worry.

In addition, those with anxiety disorder tended to have higher IQ scores than healthy people, as well as higher levels of activity in regions of the brain that aid in communication between parts of the brain. These regions are thought to have contributed to the evolutionary success of humans, the researchers say.

Although we tend to view anxiety as not being good for us, it is linked with intelligence — a highly adaptive trait, said Dr. Jeremy Coplan, study researcher and professor of psychiatry at State University of New York Downstate Medical Center.

High levels of anxiety can be disabling, and patients' worries are often irrational, Coplan said. But "every so often there's a wild-card danger. Then, that excessive worry becomes highly adaptive," Coplan said.

"People who act on the signals of that wild-card danger are likely to preserve their lives and the lives of their offspring," Coplan said.

Because the study was small, more research is needed to confirm the findings.

In the study, 26 patients with anxiety disorder and 18 healthy people completed an IQ test, along with a questionnaire to assess their level of worry.

Among the participants with anxiety disorders, the higher their worry level, the greater their IQ score was.

Too little worry can be problematic for individuals and society, Coplan said. Some people are "incapable of seeing any danger, even when danger is imminent, he said.

"If these folks are in positions as leaders, they are going to indicate to the general populace that there's no need to worry," Coplan said. In some situations, like the recent real estate bubble, that lack of worry can have societal consequences, he said.

The study was published Feb. 1 in the journal Frontiers in Evolutionary Neuroscience.

Pass it on:  In some situations, excessive worrying is advantageous, and the trait may have co-evolved with intelligence.