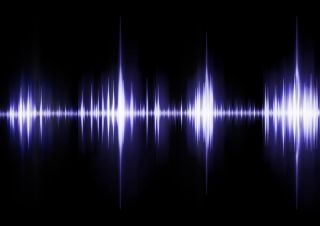 Blue noise is a noise color with a spectral density (power per hertz) that is proportional to its frequency.
(Image: © Eskemar | Shutterstock.com)

White noise is familiar to most people, but it's not the only color of noise that exists.

Blue noise, which is sometimes considered high-frequency white noise, is a noise color with a spectral density (power per hertz) that is proportional to its frequency. This means that the power and energy of the signal increases as frequency increases.

Another distinguishing characteristic of blue noise is that each successive octave increases by three decibels — this results in each octave packing as much energy as the two octaves below it combined.

Because blue noise is biased toward higher frequencies, it sounds like a high-pitched hiss completely lacking any bass. Also known as azure noise, blue noise gets its name from optics, as the color blue is on the higher end of the frequency spectrum for visible light.

In audio applications, blue noise is used for dithering, a process where noise is added to a track to smooth out the sound and lessen the audibility of distortions.