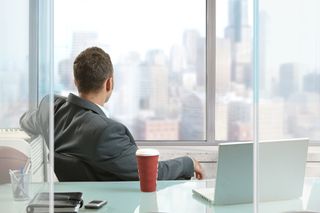 Full-time employees in the United States with depression miss nearly twice as many work days each year than their counterparts who have never been depressed, a new analysis from Gallup shows.

Among full-time workers in the nation, 10.8 percent have been diagnosed with depression at some point in their lives, according to 2011-2012 data from the Gallup-Healthways Well-Being Index.

These employees — who either have depression, or have had it in the past — miss an average of 8.7 work days each year due to poor health, compared with an average of 4.6 missed work days per year among employees who have never been diagnosed with depression, Gallup found. [7 Ways to Reduce Job Stress ]

The rate of depression is higher in the part-time workforce, and so is it rate of absences tied to the mental illness. Gallup found that 16.6 percent of part-time workers have ever been depressed, and they miss an average of 13.7 work days per year due to poor health, compared to 8.7 absences among part-time employees with no history of depression.

On a national scale, this means depression is linked with 68 million absences from work each year, which translates to an estimated $23 billion in lost productivity for employers. Beyond lost work days, depression could drag on employees' productivity while they're on the job, and lead to further economic losses due to costs associated with turnover, workers' compensation, and healthcare, Gallup said.

"As U.S. employers move more aggressively to positively affect change around the physical wellbeing of some of their employees, such interventions may be inadequate to address the mental, emotional, and psychological health of others," Gallup officials wrote.

In addition to investing more resources in identifying, treating and assisting workers with depression, employers could also make an effort to build engagement at the workplace, Gallup recommended.

High levels of engagement at work have been linked to greater job satisfaction, job performance and satisfaction in life. Previous Gallup research found engaged workers don't suffer as badly from the Monday blues when they head back to the office; instead, they feel almost as good on the weekdays as they do on weekends. Another Gallup analysis published earlier this year found that engaged employees are more likely to eat healthfully and exercise more frequently; they're also less likely to be obese and suffer from chronic diseases.

Meanwhile, there are workplace factors that can take a toll mental health. One recent study found that working long hours can raise the likelihood of depression. A study from Canada last year found that women who felt they were not appreciated or rewarded appropriately at their job had an increased risk of depression, while job strain boosted the risk of depression in men.

The new findings drew from Gallup-Healthways Well-Being Index data collected between Jan. 2, 2011 and Dec. 30, 2012, in which a nationally representative sample of 237,615 full-time employees (those who work at least 30 hours per week) and 66,010 part-time employees across the country were interviewed.