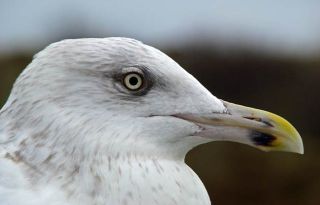 There are many species of gulls, and these birds, which are generally resourceful and relatively intelligent, can be found on every continent.
(Image: © stock.xchng)

You won't like seagulls when they get a few ants in them. Seagulls in southwest England are getting "drunk" off of flying ants, brazenly stealing food out of residents' hands, flying directly into buildings and failing to get out of the way of cars, according to news reports.

Apparently the birds are becoming inebriated from the formic acid in the ants' bodies, which "lowers their inhibitions" and messes up their coordination, similar to the effects of alcohol, the Bristol Post reports. Hot weather has helped spawn large populations of ants, upon which the seagulls feed. "That isn't so good for the birds — it leaves them a bit drunk," Rebecca Nesbit, an entomologist with the Society of Biology, told the Bristol Post.

Formic acid is likely the reason for a strange bird behavior known as "anting," in which birds thrash around like, well, drunken birds, covering themselves in ants. The formic acid may help the birds repel parasites; "anting" may also help the birds to remove the formic acid before feasting upon the ants, according to a 2008 study in the journal Chemoecology.