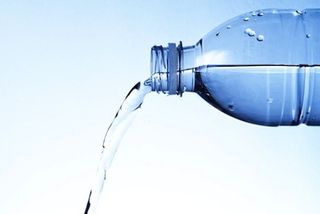 In the study, participants who drank about three cups of water (24 ounces, or 775 milliliters) before taking a battery of cognitive tests performed better on a test that measured reaction times compared with those who did not drink water.

This finding was particular true for thirsty people. The researchers speculate that the sensation of thirst may take some attention away from the task at hand, and thus impair response time.

These results suggest that a "freeing up of attentional resources" occurs when people quench their thirst, the researchers wrote in the July 16 issue of the journal Frontiers in Human Neuroscience.

However, water consumption may not always improve cognition. In a separate test of rule-learning, participants actually fared better if they did not drink water before the test. Future research should try to explain why drinking water appears to have beneficial effects on some cases, but negative effects in others, the researchers said.

"It might be that physiological processes [of drinking or not drinking water] affect performance on different tasks in different ways," said study researcher Caroline Edmonds, of the University of East London School of Psychology in England.

"Thirst might lead to better performance on some tasks," because the hormone vasopressin, which activates the thirst response, has also been linked to attention and arousal, Edmonds told LiveScience.

For the reaction test, participants had to press a button as soon as they saw an object on a computer screen. Reaction times were 14 percent faster among the water group than the no water group.

Water consumption did not significantly affect performance on other tests of cognition, such as memory of words.

It's important to note that it is possible to overdose on water — known as water intoxication — which occurs when water dilutes sodium in the blood.