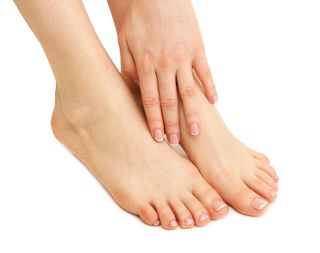 A 55-year-old woman in the Netherlands visited the doctor with an unusual complaint: She experienced unwanted orgasms that started in her foot, according to a new report of her case.

The orgasmic sensations — which occurred in her left foot — were sudden, not brought on by sexual desire or thoughts, and occurred about five to six times a day, the report said. The sensation traveled up her left leg to her vagina, and she said the experience felt exactly like an orgasm achieved during sex.

These orgasms were very embarrassing and worrying to the woman, said study author Dr. Marcel D. Waldinger, who treated the woman and is a neuropsychiatrist and professor in sexual psychopharmacology at Utrecht University in the Netherlands.

"She felt terrible about it," Waldinger said.

Magnetic resonance images (MRI scans) of the woman's brain and her foot showed no abnormalities, although another test revealed some differences between the nerves of her left and right feet, Waldinger told LiveScience. Stimulating her left foot with an electric current induced a spontaneous orgasm in that foot, he said.

The woman was treated with an injection of anesthetic into one of her spinal nerves — the nerve that receives sensory information from the foot — and the orgasms stopped completely. The woman has not had any foot orgasms for eight months now, although she might need to return for another anesthetic injection if her symptoms return, Waldinger said.

The researchers believe the phenomenon was the result of a sort of mix-up in the brain.

About a year and half before the foot orgasms started, the woman spent three weeks in an intensive care unit — part of the time, in a coma — because of a sepsis infection. When she came out of the coma, she had tingling and burning sensations in her left foot, likely as a result of damage to tiny nerve fibers in the foot, Waldinger said.

After a year and a half, the nerve in the foot regenerated. When that happened, the researchers believe "the brain could not anymore differentiate between the foot and the vagina. So that it decided that every stimulus coming from the foot was actually coming from the vagina," Waldinger said. "And that means an orgasmic feeling," in the foot, he said. [See 7 Facts Women (And Men) Should Know About the Vagina].

The researchers called the woman's disorder "foot orgasm syndrome," and it is the only known case of its kind. (A foot orgasm has previously been reported in a man with a foot amputation).

Waldinger thinks there may be other people who have the condition, but are too embarrassed to talk about it. Waldinger wanted to publish the case report in part to reduce the stigma surrounding such conditions.

"It's not psychological," Waldinger said. "It’s a neurological thing — we can explain it, we can treat it."

Waldinger is hoping to hear from more people who may have a similar condition, and has made a website for people to contact him

The study was published online June 19 in the Journal of Sexual Medicine.