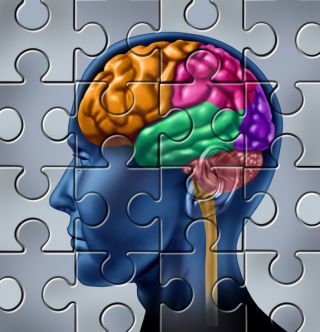 A prosthetic device could restore memory to patients with brain damage due to epilepsy or other conditions.
(Image: © Brain image via Shutterstock )

NEW YORK — In the film "Eternal Sunshine of the Spotless Mind," the characters undergo a scientific procedure to erase their memory. But what if instead of erasing memory, you could restore it? One neuroscientist aims to do just that.

Theodore Berger of the University of Southern California is developing a prosthesis to restore memory, by replacing a circuit in the brain's hippocampus. Berger described the device at the Global Future 2045 International Congress, held here June 15-16. Already successful in rats and monkeys, the prosthesis is now being tested in humans.

The hippocampus, a brain structure tucked deep in the brain's temporal lobe, converts short-term memories to long-term ones. Epilepsy or other neurological disorders can damage the hippocampus, preventing a person from retaining new memories. [5 Crazy Technologies That Are Revolutionizing Biotech]

The point of the device is not to identify individual memories, but to learn how they are transformed into long-term memory. "It's like learning rules for translation," Berger said, adding that the memories are like words, and the mathematical transformation is like a translator.

Berger's team tested the device in rats trained in a simple memory task. Each rat (with the prosthesis) was placed in a chamber with two levers. First, the lever on just one side was presented, and the rat would push it. After a short waiting period, the levers on both sides would appear, and if the rat pushed the opposite lever from the one it pushed before, the rat got a sip of water. Performing the task successfully required the rat to remember which lever it pushed originally.

To test their memory prosthesis, the researchers injected some of these rats with a drug that impaired the rats' natural memory function, and tested the animals in the lever experiment. The rats were still able to push the correct lever to receive their drink, suggesting they were able to form new memories. In other words, the rats' brain implant was remembering for them.

Remarkably, the researchers found that the prosthesis could enhance memory function in rats even when they hadn't been given the drug that impaired their memory.

Berger's team found that the device was similarly effective when they tested it in monkeys. The researchers are now running a human trial on patients with epilepsy. They haven't gotten much data yet, Berger said, but he thinks it will be fascinating.

Figuring out how to mathematically transform a short-term memory into a long-term one is a major challenge, Berger said — you only have one shot at getting it right.

Ultimately, the hope is that memory prostheses could restore or enhance human memory. But the philosophical implications of meddling with memory are immense: If humans could control memories, could they also alter them? Could memories be decoded and used as evidence in a courtroom? And could people erase memories and replace them with new ones altogether? For now, at least, these are questions for the future.