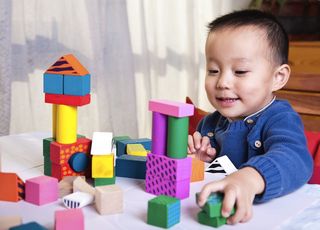 Day care may reduce the risk of emotional problems in children at high risk of such problems, according to a new study from Canada. The researchers found that among children of women with symptoms of depression, those who went to day care had fewer emotional problems, and were less likely to show social withdrawal and separation anxiety symptoms, compared with children who were in their mother's care.

The age that children began going to day care didn't the change the results. Preschool children who started attending day care showed benefits similar to those who started younger.

Previous studies show that kids whose mothers have symptoms of depression are at a higher risk of mental health problems, such as anxiety and depression, during childhood and adolescence. However, it's not fully understood how mothers affect their children.

"There might be a number of mechanisms that explain why children of depressed mothers are at higher risks for emotional problems," said study researcher Catherine M. Herba, assistant professor of psychology at Université du Québec à Montréal. "It could be genetic predisposition to mental health problems, or it could be that mother's depressive symptoms affect the interaction between her and her child," she said.

The researchers wondered whether group child care settings could provide kids more opportunities for social interactions with other children, and reduce their exposure to their mother's depression.

In the study, the researchers looked at 1,759 children between the ages of 5 months and 5 years. Mothers answered questionnaires about their children at different times during the study, and the researchers assessed each child's emotional problems, such as being nervous, fearful or less happy than other kids.

Mothers, too, were given questionnaires to assess their overall tendency toward depressive symptoms over time, the researchers said.

The results showed that children of depressed mothers were at an increased risk of emotional problems compared with other children, but this risk fell if they received child-care services.

"Given that most of today’s children experience child care during the preschool years, child care could potentially serve as a public health intervention strategy for high-risk children,” the researchers said.

The study was published today (June 19) in The Journal of American Medical Association.