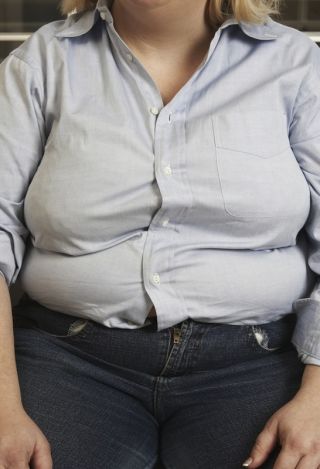 Although we are only in the second decade of the 21st century, from a health standpoint, this period has already been labeled as the century of chronic disease. Whereas the 20th century saw the eradication of many infectious diseases and the development of vaccines, the 21st century has started with an epidemic of obesity and diabetes.

While that might sound less threatening, it is, in fact, not. Despite The United States' huge investment in health care, life expectancy is expected to decline. The obesity epidemic is increasing at such a fast pace that, if the current trend continues, the entire country will be obese by 2050.

From an economic standpoint, the obesity and diabetes epidemic , or diabesity, will make health-care reform and cost-containment nearly impossible to achieve. Rates for permanent disability continue to rise, with obesity-related conditions being the leading cause. A December 2012 article in the Journal The Lancet, one of the world's most preeminent medical journals, revealed that for the first time in the history of the world, more people will now die from obesity than famine.

That is why the American Medical Association's (AMA) decision to label obesity a disease is so essential. We cannot continue to be naive and believe that simple education will be effective. Obesity must be aggressively treated and prevented. Additionally, methods that may be effective for prevention, such as education and behavior modification, will not be adequate treatment for the majority of those afflicted.

Many reading this piece will feel that obesity is a matter of personal choice and self-control. They will argue that it is not society's responsibility to control poor dietary choices and a reluctance to exercise. But, we have to realize that if something is becoming so common, maybe our current system promotes obesity.

In my opinion, potential causes include the advent of industrial farming, women working leading to fewer meals being prepared at home, and the availability of snacks based on simple carbohydrates. We also cannot forget that as smoking rates have declined, obesity has risen. This by no means should be taken as an encouragement to smoke, but demonstrates how multifactorial and complex the issue is.

Certainly our behavior impacts our health . But, this is true for every condition. Heart disease and cancer are still our largest killers. Both are significantly impacted by obesity and lifestyle choices. Few realize that those with obesity have a far worse prognosis if they also have been diagnosed with cancer. In fact, recent studies have shown that the survival rate is reduced by approximately 50 percent for obese women diagnosed with breast cancer.

The AMA's decision is a start to allowing our society to find real solutions and stop blaming the person. As a compassionate society that opposes discrimination, it is imperative that we eliminate bias based on body habitus. Although data have shown the huge negative impact of obesity on health, access to treatment remains limited. The goal of health care reform is to make affordable care available to all citizens. However, the majority of the health care exchanges created by the individual states exclude coverage for obesity and obesity surgery. Thus, while first lady Michelle Obama has made obesity her priority, the Affordable Health Care Act will not increase access to care.

No matter what the cause or any individual's personal opinion, the obesity epidemic is a problem that we all need to solve. In the 20-plus years since former surgeon general Everett Koop stated that obesity and a sedentary lifestyle are the country's biggest medical issues and began a nationwide educational effort, the problem has only increased. Even stabilizing a reduction in growth is now considered a success.

Therefore, doctors and citizens alike need to realize that the solutions will be painful and impinge on choice. People were fast to criticize Mayor Michael Bloomberg and his sugar tax. While there were many issues with the bill and the fact that the mayor and the department of health had limited jurisdiction, his instincts are right on target. We need a new approach. The price of foods will need to be adjusted.

Just as we have no child left behind for education, we need to teach every child to value their body and their health. We have become a country that defines ourselves by how much money we make, what we do for a living, where we live and how much power we have. We have assigned our health to providers and the pharmaceutical companies. We need to change this culture.

But, this will be a lengthy and difficult process. For those with severe obesity, such as New Jersey Governor Chris Christie, there are few lasting solutions. Surgery remains the only effective treatment. Of course, our society cannot operate ourselves out of the obesity epidemic, yet these procedures can be lifesaving for many important members of our society. They must have access to care!

But, as a society, we need to figure out a way to make it less likely that individuals will become severely obese. This starts by recognizing early signs and intervening. The AMA began the process by labeling obesity as a disease. This allows primary care doctors to objectively analyze weight-related issues and suggest treatment without being perceived as being judgmental or condescending. With more people being treated, research for treatment options will increase. To date, treatment for obesity has mainly occurred by personal choice. As a result, frequently those most concerned with their weight get treated, not necessarily the people who need it most.

While the AMA's decision does not change any laws or authorize reimbursement for treatment, it makes efforts to deny care less appropriate and hopefully enables meaningful policies to be developed.