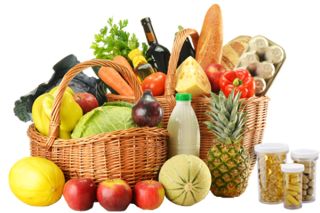 No single food meets our needs, because we humans need a range of nutrients from a variety of foods to be healthy.

To stave off death by a few extra years, a vegetarian diet appears to be superior to a non-vegetarian one, according to results of a study of more than 73,000 people published today (June 3) in the Journal of the American Medical Association (JAMA).

The winners, in terms of cheating death the longest, were the pesco-vegetarians, followed by vegans, and then the lacto-ovo-vegetarians. The vegetarian groups, on average, had a 12 percent lower risk of dying over the study period compared to meat eaters. The study participants were all members of the Seventh-Day Adventist church.

Researchers have had difficulty, however, in discerning between associations, and cause-and-effect links. Is it the absence of meat, or the presence of a health-conscious attitude shared by many vegetarians, or both, that leads to healthier outcomes?

This newest study is unique in that it only looked at Seventh-Day Adventists, a group relatively similar in their lifestyle. The Adventist Church recommends, but does not mandate, a plant-based diet.

The researchers, led by Dr. Michael J. Orlich of Loma Linda University in California (a Seventh-Day Adventist institution), analyzed the diets of 73,308 Seventh-Day Adventists. Among the participants, 2,570 died within about six years of the initial data collection. Those most likely to have died were the meat eaters.

"We can be pretty confident that the vegetarian groups fared better than the non-vegetarians, but we cannot meaningfully compare the vegetarian groups to each other," Orlich told LiveScience. "The numbers are far too close to speculate. We hope to be able to do that in a few years when we have more [statistical] power" with more deaths to analyze.

The strengths of the study were that it demonstrated that vegan and other vegetarian diets are safe and that a range of vegetarian diets — from strict to somewhat lax — appears to be healthier than a diet dominated by processed foods and meats, according to Dr. Robert Baron of the University of California, San Francisco, who wrote an editorial accompanying the new findings in the journal.

Referring to a generally unhealthy American diet, Baron wrote that limiting "sugars and sugary drinks, refined grains, and large amounts of saturated and trans fats" and eating more fruits, vegetables, whole grains, legumes, and nuts "trumps the more narrow goals of whether to include moderate amounts of dairy, eggs, fish, or even meat."

"I do not think that we all necessarily need to be vegans or other types of vegetarians" to be healthy, Baron told LiveScience. "But I do think that the world would ultimately be a better place without certain industrially produced foods, including beef.

A second study published today, by researchers at Johns Hopkins University in the American Journal of Epidemiology, found that a combination of regular exercise, a Mediterranean diet, smoking avoidance, and weight maintenance was associated with a lower risk of coronary artery disease. The Mediterranean diet emphasizes fruits, vegetables, nuts, fish, and healthy fats.

"Those who adopted all four healthy behaviors had an 80 percent lower death rate [over 7.6 years], compared to participants with none of the healthy behaviors," lead author Haitham Ahmed of Johns Hopkins Hospital said in a statement.

The JAMA study on Seventh-Day Adventists does conflict with a large analysis published in 2009 based on the European Prospective Investigation into Cancer and Nutrition (EPIC-Oxford) study, which found identical death rates between vegetarians and non-vegetarians.

The researchers at Loma Linda University acknowledged this in their paper, but noted that the Seventh-Day Adventists in their study ate differently than the Europeans in the 2009 study. For example, the Adventist vegans consumed nearly twice as much dietary fiber and vitamin C as the European vegans.

Orlich added that "even our non-vegetarians are relatively low meat consumers, and relatively health conscious. If we were comparing our vegetarian groups to the average American diet, we might find more striking results."