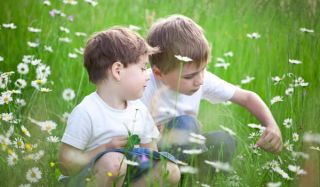 The rate of food allergies among U.S. children continues to rise, according to a new report from the Centers for Disease Control and Prevention.

Skin allergies, such as eczema, also increased over the same period, from 7.4 percent to 12.5 percent, the study found.

However, there was no increase in the prevalence of respiratory allergies, such as hay fever, the researchers said.

The findings are in agreement with earlier research showing a rise in some childhood allergies, including food allergies.

The new study cannot say why allergies are increasing, but it's probably due to mulitple factors, said study researcher LaJeana Howie, a statistician at the CDC. Future research should explore why the increase is actually occuring, Howie said.

Some of the increase could be due to greater awareness of allergies, or to misdiagnoses in people who don't really have allergies, according to prior research.

Another idea, called the hygiene hypothesis, suggests that exposure to germs or infections during early childhood may protect against some allergies, whereas modern societies that are "too clean," contribute to a rise in allergies.

Some have also speculated that the age at which children encounter certain foods may influence their risk of food allergies.

A study published on Monday found that children who immigrated to the United States were less likely to have allergies than children who were born in this country.

The new study was conducted by the CDC's National Center for Health Statistics.

Pass it on: Food and skin allergies have increased among U.S. children in recent years.