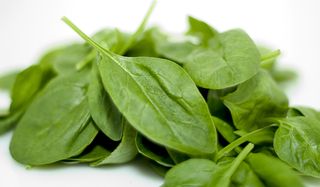 Some nutrients get a lot of attention because we don’t consume enough of them. You’ll often hear me speak about, say, vitamin D, omega-3 fatty acids and fiber. And I’m certainly not the only one. These are important nutrients that deserve the limelight. But they’re not the only ones. There are other nutrients that everyone should know more about.

Today, I’d like to discuss a mineral that is essential for energy production, bone health and nerve function. This mineral is found in bone, tissue and cells and is involved in more than 350 biochemical reactions in the body. Did you guess calcium? Close, but no cigar. I'm talking about magnesium.

In addition to its known roles in the body, magnesium has been the subject of a great deal of research. A 1992 American Journal of Clinical Nutrition study found that taking 400 milligrams a day of a dietary magnesium supplement improved glucose tolerance in elderly people — potential good news for those who have prediabetes or diabetes. In 1998, research published in the Journal of Clinical Neuroscience reported that people who suffer from recurrent migraines have lower intracellular levels of magnesium, suggesting that a deficiency may play a role in migraine development.

One of the reasons we don’t hear too much about dietary magnesium is because it's abundant in our food supply. Because of this, many people are getting enough. There’s just one catch. Whole, natural foods are the best source, so if your diet consists of mostly processed foods, you may not be getting enough of this vital nutrient (and many others as well). People with certain gastrointestinal or renal disorders are more likely to be deficient in magnesium, as are alcoholics and the elderly. Regardless of which category you may fall into, it’s a good idea to know where your magnesium is coming from.

Magnesium is found in chlorophyll, which is what gives green veggies their pigment. So if you’re eating a lot of leafy greens, you’re probably doing okay on magnesium consumption.

Halibut. Just three ounces of this cooked fish accounts for about 20 percent of the recommended daily allowance for magnesium.

Soybeans. Have you ever tried steamed edamame (green soybeans)? It can be an addicting snack. Not only is it high in magnesium, but also it has a great deal of protein and fiber. Good stuff!

Healthy Bites appears on MyHealthNewsDaily on Wednesdays. Deborah Herlax Enos is a certified nutritionist and a health coach and weight loss expert in the Seattle area with more than 20 years of experience. Read more tips on her blog Health in a Hurry!