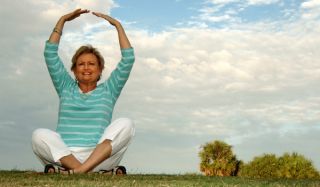 The hormone treatments that ease the hot flashes, night sweats and other symptoms of menopause caused by declining estrogen levels may also be good for a woman's brain, depending upon when she starts taking them.

In a new study, women who began hormone replacement therapy (HRT) within five years of entering menopause, and used hormones for 10 or more years were 30 percent less likely to develop Alzheimer's disease over 11 years, compared with women who never used HRT. By contrast, risk for Alzheimer’s was not reduced among women who started hormones five or more years after menopause, regardless of how long they took them.

"This study suggests there may be a critical window of opportunity around menopause during which hormone therapy may protect against Alzheimer's disease," said study researcher Peter Zandi, associate professor of psychiatry at the Johns Hopkins Bloomberg School of Public Health in Baltimore.

Previous findings from the Women's Health Initiative study, which spotlighted the breast cancer and heart disease risks of HRT in 2002, suggested that women who started hormones at age 65 were more likely to develop dementia, but that study did not examine the effects of hormone use in younger women on brain disorders.

Zandi and his colleagues followed 1,768 women living in one county in Utah, including 1,105 who had taken HRT. The women were ages 65 and older at the study's start in 1995, and were followed through 2006. The women had taken either estrogen on its own, or a combination of progestin and estrogen; estrogen-only treatments are typically prescribed for women who've had their uterus removed, while combination therapy is prescribed to women who still have a uterus.

Of the 378 women who started hormones five years or more after menopause, 35 women (9.3 percent) developed Alzheimer's. While this percentage was lower than those who had not used HRT, the difference was not statistically significant.

It's not clear how using hormones early in menopause may stave off Alzheimer's disease. One idea is that estrogen may counteract the degeneration of neurons (nerve cells in the brain) that is the hallmark of Alzheimer's. "Neurons grow very vibrantly when exposed to estrogen," Zandi said.

While the findings are exciting, Zandi said, he urged caution. "Women shouldn't change their clinical behavior based on these findings," he stressed. Any woman who is considering hormones to control menopausal symptoms should discuss the matter with her doctor, carefully weighing the possible risks and benefits of hormone therapy.

In some women, hormones may raise the risk of heart disease, stroke, blood clots, dementia and breast cancer. On the other hand, hormone use may lower the risk of osteoporosis and colon cancer. Because of the possible risks, experts advise taking the lowest possible hormone dose, for the shortest amount of time needed to treat menopuase symptoms.

Whether Alzheimer's prevention could eventually be added to the list of benefits of HRT remains to be seen. "More research is needed to find out if hormones have a true protective effect on the brain," said Dr. Victor Henderson, professor of neurology at Stanford University in California.

"I don't think this study finding should be oversold as a means of preventing Alzheimer's," he said. But for younger menopausal women worried that hormones might cause dementia, the results are reassuring. "The possibility of developing Alzheimer's can be taken off the minus ledger for now," Henderson said.

The study will be published online today (Oct. 24) in the journal Neurology. Henderson co-authored an editorial about the study, which will appear in the same issue of the journal.

Pass it on: Hormone therapy may lower Alzheimer's risk if taken early in menopause.