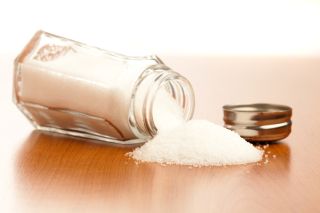 In my last column, we discussed sodium in our diets. Today's column is devoted to tips about how to reduce our sodium intake.

High-sodium diets are linked to increased blood pressure and a greater risk for heart disease and stroke. Reducing the amount of sodium you consume can help lower blood pressure or prevent it from developing.

Diet experts recommend a daily consumption of less than 2,400 milligrams (mg), which is the amount of sodium in a teaspoon of table salt. If you have high blood pressure, your doctor may advise limiting yourself to 1,500 mg of sodium a day.

About 9 out of 10 Americans consume too much sodium. Americans on average consume 3,436 mg sodium daily. How can you cut down?

When you buy prepared and packaged foods, read the "Nutritional Facts" panel for the amount of sodium. Some products also include sodium terms.