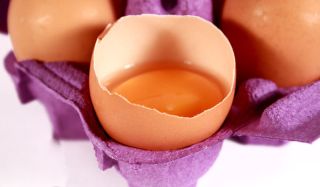 The rate of food-borne illness in the United States dropped by nearly a quarter since the late 1990s, according to a new report.

Researchers at the Centers for Disease Control and Prevention (CDC) found that the overall incidence of six common food-borne germs was 23 percent lower in 2010 than in the years between 1996 and 1998.

"The 'big picture' is that we have seen declines in foodborne illness but there is still more that can be done to further drive down the incidence of these infections," said study researcher Olga Henao, leader of the Foodborne Diseases Active Surveillance Network Team at the CDC.

However, the rate of food-borne illness was no lower in 2010 than in 2006, the researchers said, which may indicate that progress in reducing food-borne illnesses — which are largely preventable through following proper food safety practices — has slowed in recent years.

"Food-borne illness continues to be a significant public health problem in the U.S. and around the world," said Douglas Powell, a professor of food safety at Kansas State University. "For every step forward, there's a few steps back."

The researchers based their findings on the rates of illnesses due to six types of bacteria: Campylobacter, Listeria, Salmonella, Shiga-toxin producing E. coli O157, Yersinia and Vibrio. At least 50 percent of illnesses due to these bacteria are transmitted by food.

The researchers noted that other germs that commonly cause food-borne illness, such as norovirus, were not included in the data.

"There are limitations — for example, they don't include Clostridium perfringens outbreaks, and I can show you three that have happened in the last month," Powell said.

The findings were released Thursday by the CDC, along with a slew of other studies looking at rates of specific food-borne illness and their causes. The data for all the studies were gathered from the Foodborne Diseases active Surveillance Network (FoodNet), which was started in 1996 and is conducted by the CDC, 10 state health departments, the U.S. Department of Agriculture and the Food and Drug Administration.

"The analysis that these authors have presented is probably the most in depth-analysis that's been done, and it will help us focus our activities to improve food safety," Powell said. "The value of all these detailed surveys is that it allows the science and technology community to zero in on the problems much faster," Powell said.

"This measure of overall change is a simple way to describe change in incidence of selected infections over time," Henao said. Together, all of the studies "can contribute to the development of policies and interventions that will ultimately lead to reductions in the incidence of foodborne infections."

To look only at the overall drop of 23 percent would be "miss the nuance and intricacies in the data," Powell said. For example, there were increases in illness rates from several specific pathogens.

[Top 7 Germs in Food that Make You Sick ]

The rate of infections from one type of Salmonella bacteria, called Salmonella enterica, was 44 percent higher in 2010 than in the late 1990s, with the greatest increases seen in children under age 4 and adults over age 60. Salmonella causes 1 million cases of illness and 350 deaths in the U.S. each year, according to one of the new studies.

The rise is likely due to an increase in the amount of chicken and undercooked eggs that people eat. Chicken and eggs are the most common sources of these infections, according to the study.

Outbreaks of salmonella were seen throughout the country between the late 1970s and mid-1990s, but changes in farming practices and consumer education helped to decrease the rates in the late 1990s.

However, outbreaks during the 2000s, including the largest outbreak ever reported from eggs, have highlighted the need for further national public health efforts, the researchers said.

Another study showed an increase in the rate of Vibrio bacteria infections in 2010, compared with 1996. Powell said that some of this increase may be due to more awareness of Vibrio and better detection methods.

Vibrio infections, which are commonly caused by undercooked seafood, cause an estimated 80,000 illnesses, 500 hospitalizations and 100 deaths each year in the U.S.

"Taken together, these studies point to the need for creativity in providing information to people," Powell said. Within the "farm-to-fork system" that produces our food, "there are risks, and steps need to be taken everywhere to reduce those risks."

But even as researchers' have gained a more sophisticated view of how to combat food-borne illnesses, the germs have evolved too, Powell said. "Think about the grocery store — how many new products you see every year? Some smart bug is going to find a way to flourish in them, in ways we can't always anticipate."

The studies will be published June 1 in the journal Clinical Infectious Diseases.