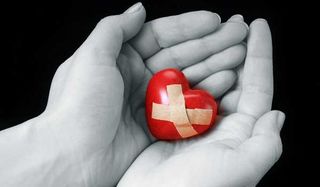 The study found that during periods of mental stress, blood flow through the heart increases in men, but shows no change in women.

The findings suggest women could be more susceptible to heart problems when under stress than men.

The study was presented this week at the Experimental Biology meeting in San Diego, Calif.

The study involved 17 healthy men and women who had their blood pressure and heart rate measured at rest, and during a mentally stressful activity. The researchers used an ultrasound scan to measure blood flow through the participants' coronary blood vessels, which are the vessels that circulate blood to the heart tissue.

Study participants were given a series of arithmetic problems in which they had to sequentially subtract seven, starting from a random number. To boost participants' stress levels, researchers urged them to hurry up or told them they were wrong even when they gave a correct answer.

At rest, circulation in the men and women showed few differences, and, during the mental arithmetic task, all the participants showed an increase in heart rate and blood pressure.

However, under the stressful condition, the men showed an increase in coronary blood flow while the women did not.

This difference could potentially predispose women to heart problems while under stress, said study researcher Chester Ray, a professor of medicine at Penn State College of Medicine.

Ray said the results came as a surprise because previous studies have found men have significantly less blood flow than women during the physical stress of exercise.

The new findings could explain why women tend to have more heart troubles after stressful events, such as losing a spouse. A condition called broken heart syndrome, in which the heart muscle is temporarily weakened, occurs almost exclusively in women.

The findings also show the influence of mental stress on physical health. "Stress reduction is important for anyone, regardless of gender," Ray said. "But this study shines a light on how stress differently affects the hearts of women, potentially putting them at greater risk of a coronary event."

Further research into the mechanism behind this gender difference in stress response could lead to more targeted treatments and prevention efforts for women at risk of coronary artery disease, Ray said.

Pass it on: Women may be at greater risk for heart problems during mental stress than men.