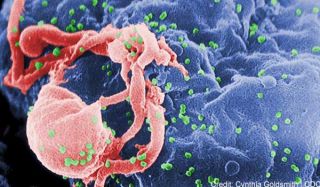 Fewer people in the United States are engaging in behaviors that put them at high risk of acquiring HIV, a new report says.

The new numbers mean that 11 million people in the U.S. engaged in a high-risk behavior in the last year.

The new report is based on interviews with 22,682 men and women that took place between 2006 and 2010. Participants were asked whether they had, within the last year, engaged in any of 10 behaviors that increase the risk of acquiring HIV.

These behaviors include having five or more sex partners in one year, having male-to-male sex, having sex in exchange for money or drugs, having sex with someone who has HIV, injecting illicit drugs and being treated for a sexually transmitted disease.

Participants ages 20 to 24 were the most likely to report engaging in one or more of these behaviors.

The decline appears to be due mostly to a decrease in risky sexual behaviors, the report says, but further analysis is needed to understand the changes in these estimates over time.

The report also found an increase in the percentage of men who said they used a condom during their last sexual encounter: 35 percent in 2006 to 2010, compared with 30 percent in 2002.

The new numbers can help researchers determine the size and characteristics of populations most at risk for HIV, and monitor the effectives of strategies to prevent spread of the disease, according to the report.

The study did not include people who are homeless, incarcerated and those living on military bases, who may have different patterns of HIV-risk behaviors, the report says.

About 1 million people in the United States are infected with HIV, according to the CDC, and about 21 percent are unaware of their infection. Each year, an additional 56,300 Americans acquire HIV infection.

Pass it on: The number of men and women who report engaging in behaviors that increase the risk of HIV appears to have declined in recent years.