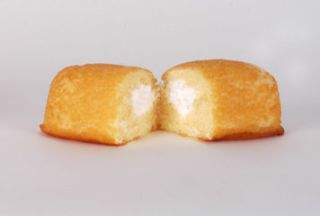 Twinkies are far from a healthy food, but nutritionists say there are worse things you can consume than the classic cake treat.

Twinkies have certainly garnered a reputation as a stereotypical processed food, an image that likely doesn't help in an age when consumers favor the "natural" over the "artificial."

In fact, sales of Twinkies declined by 2 percent between 2010 and 2011, according to the Wall Street Journal. And Hostess, the company that makes Twinkies, filed Chapter 11 bankruptcy on Wednesday, citing debt and rising production costs as sources of its financial woes. But perhaps Twinkies have been unfairly singled out as a junk food. According to Katherine Tallmadge, a registered dietitian, there are a wide variety of horrible choices out there for Americans to indulge in, some of which are even marketed as healthy. Here are four foods that could be considered worse for you than a Twinkie, or just as bad:

As you probably are aware, soda is not good for you. But the calories in a can of soda are more insidious than the calories in, say, a Twinkie, because the soda calories may be invisible to your brain, said Tallmadge, author of "Diet Simple" (LifeLine Press, 2011). Research suggests "liquid calories aren't registered in the brain as food calories are," Tallmadge said.

At least when you eat a Twinkie, your brain gets the message that your body has eaten.

Sweetened beverages, such as ice tea and lemonade, have little nutritional value and are often just as bad for you as soda. And like soda, the calories in these beverages may not  be registered by your brain.

But the labels on bottles of fruit flavored beverages and sweetened green tea may lead us to believe we're consuming something that's good for us.

"It tricks us into thinking it's healthy," said Andrea Giancoli, a spokesperson for the Academy of Nutrition and Dietetics.Giancoli was specifically referring to fruit flavored drinks that do not contain 100 percent juice. A drink cannot be labeled "fruit juice" unless it contains 100 percent juice, Giancoli said

In addition, bottles of fruit flavored drink and tea can hold 16 or 20 ounces, and contain more calories than a 150-calorie Twinkie, Giancoli said.

"You’re not breaking your calorie bank if you indulge in a Twinkie," Giancoli said.

In fact, you're craving something sweet and given a choice between a 16-ounce bottle of lemonade and a Twinkie, "go with the Twinkie," Giancoli said.

"The drink is most likely not going to satisfy your sweet tooth, whereas a Twinkie might," Giancoli said.

Cereal bars made with refined flour

Some cereal bars are covered with labels of "high fiber" and "low fat." But Tallmadge said it's important to pay attention to their ingredients to know if what you're eating is really good for you.

"It may be low in fat, and high in fiber, but also be pure junk," Tallmadge said.

If the first ingredient is sugar, and if they are made with a refined grain, cereal bars are no better than a Twinkie, Tallmadge said.

Consumers should check nutrition labels to see that their cereal bars are made from a whole grain, and not a refrained grain, such as wheat flour or rice flour Tallmadge said.

In addition, consumers should eat foods that have fiber from natural sources, such as whole grains. There is no evidence that processed foods fortified with fiber, such as foods that list chicory root or inulin as sources of fiber, provide the same benefits as the natural kind, Tallmadge said.

"They add fiber to so many things now so they can say 'high fiber,'" Tallmadge said.

"The next think you know they're going to add fiber to Twinkies," she said.

Margarine made with hydrogenated fats

Deborah Enos, a certified nutritionist and a health coach in the Seattle area, nominates margarine as the worse food ever. Some margarines are "chock-full of hydrogenated fats," also known as trans fats, Enos said. These fats are not found in nature, and "your body doesn't know what to do with them," Enos said.

"Your body processes them like a saturated fat; so margarine becomes an artery clogging mess," said Enos, author of the MyHealthNewsDaily column "Healthy Bites."

Even margarines that are labels "trans fat free" may contain these fats, Enos said. Products that have less than 0.5 grams of trans fat can be labeled as having zero grams of trans fat, according to the Food and Drug Administration.

Instead, Enos recommends using butter. To be fair, butter also contains saturated fat. But butter has a strong flavor, and you may not need to use as much of it to get the flavor you want on your food, Enos said.

Pass it on: There are worse foods than a Twinkie, including some that are labeled as healthy.