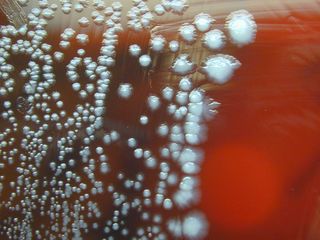 Question: Does the plague still exist?

Answer: In the 1300s, the Black Death, as plague was called, killed about one-third of the people in Europe. A combination of antibiotics and improved living conditions have made plague rare today.

Plague is found throughout the world, except for Australia. The greatest number of human plague infections occurs in African countries. However, the largest concentration of infected animals is in the United States and in the former Soviet Union. [7 Absolutely Horrible Head Infections]

The World Health Organization reports 1,000 to 3,000 cases of plague worldwide every year. An average of five to 15 cases occur each year in the western United States. These cases are usually scattered in rural areas; they are caused by bites primarily from infected prairie dogs. There has not been a case of person-to-person infection in the United States since 1924.

Plague is often mentioned as a bioterrorism weapon along with anthrax, smallpox and botulism. A bioweapon carrying plague is possible because the bacterium that causes plague occurs in nature and could be isolated and grown in quantity in a laboratory.

Plague bacteria could be sprayed through the air, infecting anyone who inhales it. In this scenario, antibiotics would treat the plague effectively if they are used soon after infection. There is no vaccine for plague. [6 Superbugs to Watch Out For]

National and state public health officials have large supplies of drugs needed in the event of a bioterrorism attack.

Plague is an infection caused by the bacterium Yersinia pestis. The bacteria are found mainly in rats and their resident fleas. Rat or flea bites spread plague.

There are three forms of plague: bubonic, septicemic and pneumonic.

Bubonic inflames the tonsils, adenoids, spleen and thymus. It induces fever, aches, chills, fatigue and tender lymph glands. Bubonic plague is the most common type in humans, but is rarely spread from person to person.

Septicemic, in which bacteria multiply in the blood, causes fever, chills, shock, bleeding, abdominal pain, diarrhea, vomiting, and death of tissue in fingers, toes and nose.

Pneumonic plague occurs when the bacteria enter the lungs and cause pneumonia. This can be spread between people. It kills faster than the other forms of plague. This form of the disease is the one that is feared by security officials. Symptoms include fever, nausea, vomiting, weakness, chest pain, difficulty breathing and a bloody cough.

If you would like to read more columns, you can order a copy of "How to be a Healthy Geezer" at http://www.healthygeezer.com/.

All rights reserved © 2011 by Fred Cicetti