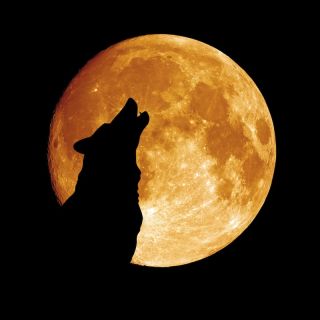 Dogs share their knack for howling with their distant relatives, the wolves.
(Image: © sonsam, Shutterstock)

Understanding your dog's behavior can be a daunting task. For example, why do dogs howl?

Researchers admit that howling behavior in dogs is still largely a mystery. But if Fido goes wild at the sound of sirens or other dogs, it's not because his ears hurt. It's his ancestry that's partly to blame.

Your pooch shares his penchant for howling with his distant relation, the wolf. Much like barking or growling, howling is a deeply ingrained behavior that helps wolves communicate with one another.

In the wild, a howl usually relays one of two messages: either to tell a rival pack that they're encroaching on forbidden territory or to guide a wayward wolf back to his pack.

If your dog howls in response to another dog or a loud siren, he may be saying, "Get off my turf!" or just, "Where are you guys? I'm over here!"

And if your dog howls when you leave the house, it might be because he thinks that this ruckus will trigger some response from you, his pack leader. Your pet probably hopes that his howl will guide you home in time for dinner and a game of fetch.