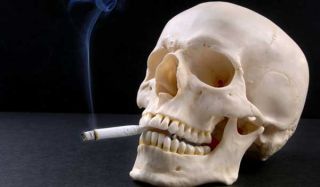 Light smokers beware: a new report from the U.S. Surgeon General shows that even brief exposure to tobacco smoke including secondhand smoke immediately damages the body and can lead to serious illness or death.

The chemicals in tobacco smoke reach your lungs quickly every time you inhale, causing damage immediately, U.S. Surgeon General Regina M. Benjamin said in releasing the report. Inhaling even the smallest amount of tobacco smoke can also damage your DNA, which can lead to cancer.

The report states that as soon as a person breathes in the toxic cocktail of chemicals present in cigarette smoke, the delicate lining of the lungs becomes inflamed. Over time, this inflammation can make it difficult to breathe and lead to chronic obstructive pulmonary disease, including emphysema and chronic bronchitis.

Tobacco smoke contains more than 7,000 chemicals, compounds and carcinogens, hundreds of which are toxic and at least 70 of which are known to cause cancer. A person doesn't have to be a heavy smoker to suffer from the ill effects of these chemicals any exposure to them could damage DNA in a way that leads to cancer.

Smoking causes more than 85% of lung cancers and can cause cancer almost anywhere in the body, according to the U.S. Department of Health and Human Services, and one in three cancer deaths in the U.S. is tobacco-related. [Infographic: Who Still Smokes? Smokers in the U.S. Today]