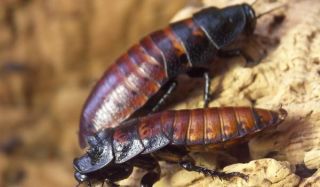 Cockroaches are universally loathed; they are disgusting and have the ability to creep out even the hardiest of people.

They are also, evolutionarily speaking, very successful. They have been around for about 300 million years, which is far longer than humans. And cockroaches so many people believe could outlive our species and possibly all species in the event of a nuclear war.

The idea seems plausible because cockroaches are tough little buggers. Some can go without eating for over a month, and they do have certain characteristics that would help them survive a nuclear war long after we relatively fragile humans had breathed our last breaths. Roaches reproduce quickly and in large numbers , which provides an evolutionary advantage over species that reproduce more slowly.

Cockroaches also have a higher tolerance for radiation than other animals (especially compared to humans), though this would only help them survive the longer-term radioactive contamination that could follow a nuclear blast. Cockroaches anywhere near nuclear ground zero would be crisped along with the rest of us.

Roaches also adapt very well to a wide variety of conditions and even develop tolerance and immunity to poisons.

So it is fair to say that cockroaches would be the only things left standing or, scurrying after a global nuclear war? The Discovery Channel's Mythbusters show examined this widely-repeated claim in Episode 97, which aired on Jan. 30, 2008.

They found that, though cockroaches were able to survive radiation doses 10 times higher than those that would be lethal to humans, the flour beetles actually fared far better than the cockroaches. In the team's estimation, this myth was busted.

Still, there are about 4,000 different species of cockroaches, and billions of them out there. With so many cockroaches all over the world, it's possible that a few might survive a global nuclear holocaust, depending largely on their radiation exposure. But the ones that did would have plenty of company.