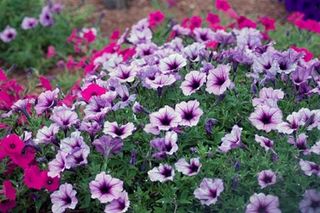 How do flowers know when to bloom? The secret is in their genes.

Flower petals breaking through the snow, an early hint of spring's arrival, hides a very complex genetic process behind its floral façade.

Flowers know when to bloom because of a gene named Apetala1. A lone master gene, Apetala1 triggers the reproductive development of a plant, telling it when it's time to start blossoming. Yes, a single gene is all it takes to make a plant start producing flowers.

A plant blooming with flowers has an active Apetala1, while a plant carrying inactive Apetala1 genes has very few flowers, if any, with leafy shoots growing in place of blossoms.

Apetala1 generates the proteins that in turn switch on more than 1,000 genes involved in the flowering process, researchers at the Plant Developmental Genetics laboratory at Trinity College Dublin (TCD) have recently discovered.

While Apetala1 was pinpointed as the master control gene responsible for flowering decades ago, this is the first time that scientists have been able to describe how Apetala1 regulates and communicates with the other "growing" genes.

“Our findings provide new, detailed insights into the genetic processes underlying the onset of flower development," said Dr. Frank Wellmer of the Smurfit Institute of Genetics, one of the study's lead authors.

"We now know which genes need to be turned on and off so that flowers can form. This is an exciting step forward for our understanding of how flowering plants enter into the reproductive phase," Wellmer said.

When the Apetala1 gene turns on, it first commands other genes to send a "stop" signal to the plant's meristems, effectively halting leaf production. Located in the areas of a plant where growth takes place, meristems are then alerted to instead begin making flowers.

Plants blossom at different times because several factors, including the weather, temperature and the amount of sunlight the plant receives, all of which influence its reproductive development. Information about these conditions is relayed to Apetala1, which activates when it senses that the timing is right to commence flowering. Global climate changes are having a dramatic impact on flowering times, with Britain currently experiencing the earliest flowering date in the last 250 years, according to data collected by Nature’s Calendar, a national survey coordinated by the Woodland Trust in partnership with the Centre for Ecology & Hydrology (CEH). Using an index of UK citizen-submitted data, CEH researchers were able to compare the blooming dates of more than 405 flowering plant species and analyze how changes in climate influence a plant's life cycle, a study known as phenology.  Scientists noted that spring-flowering species are more affected by temperature changes than species that blossom later in the year. Understanding Apetala1's role in plant growth is one step closer toward genetically engineering crops to produce flowers or fruit as desired by plant breeders and farmers. The ability to control plant reproduction can also be used to reduce the time it takes for crops to mature. "A detailed knowledge of flower formation will allow breeders to specifically manipulate the underlying developmental program and then to select for plants that give higher yields or that allow a more efficient cultivation," Wellmer told Life's Little Mysteries.