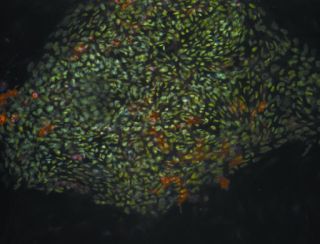 The news that researchers have used cloning to make human embryos for the purpose of producing stem cells may have some people wondering if it would ever be possible to clone a person.

Although it would be unethical, experts say it is likely biologically possible to clone a human being. But even putting ethics aside, the sheer amount of resources needed to do it is a significant barrier.

Since the 1950s when researchers cloned a frog, scientists have cloned dozens of animal species, including mice, cats, sheep, pigs and cows.

In each case, researchers encountered problems that needed to be overcome with trial and error, said Dr. Robert Lanza, chief scientific officer at the biotech company Advanced Cell Technology, which works on cell therapies for human diseases, and has cloned animals.

With mice, researchers were able to use thousands of eggs, and conduct many experiments, to work out these problems, Lanza said. "It’s a numbers game," he said.

But with primates, eggs are a very precious resource, and it is not easy to acquire them to conduct experiments, Lanza said.

For instance, cloning an animal requires that researchers first remove the nucleus of an egg cell. When researchers do this, they also remove proteins that are essential to help cells divide, Lanza said. In mice, this isn't a problem, because the embryo that is ultimately created is able to make these proteins again. But primates aren't able to do this, and researchers think it may be one reason that attempts to clone monkeys have failed, Lanza said. [See How Stem Cell Cloning Works (Infographic)]

What's more, cloned animals often have different kinds of genetic abnormalities that can prevent embryo implantation in a uterus, or cause the fetus to spontaneously abort, or the animal to die shortly after birth, Lanza said.

These abnormities are common because cloned embryos have just one parent rather than two, which means that a molecular process known as "imprinting" does not occur properly in cloned embryos, Lanza said. Imprinting takes place during embryo development, and selectively silences certain genes from one parent or the other.

Problems with imprinting can result in extremely large placentas, which ultimately leads to problems with blood flow for the fetus, Lanza said. In one experiment, Lanza and colleagues cloned a species of cattle called banteng, and it was born at twice the size of a normal banteng. It had to be euthanized, Lanza said.

The extremely high rate of death, and the risk of developmental abnormities from cloning makes cloning people unethical, Lanza said.

"It's like sending your baby up in a rocket knowing there's a 50-50 chance it's going to blow up. It's grossly unethical," Lanza said.