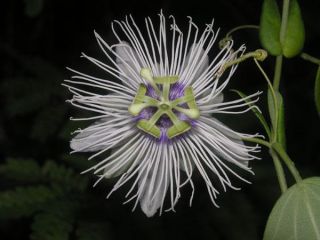 Eight new species of plants have been identified in Bolivia's Madidi National Park.

The new species, which are from several genera and families, were collected from the slopes of the Andes and other areas of northern Bolivia by botanists from the Missouri Botanical Garden.

The scientists from St. Louis and their colleagues from the National Herbarium in the Bolivian capital of La Paz worked together to describe the new species, all but one of which had been collected as part of a 10-year project to inventory the ecology of the park and to educate graduate students. [See some of the new species.]

"Before we started this project in 2000, this botanically rich area was essentially a white area on the map, almost unexplored," said Peter Jørgensen, associate curator at the Missouri Botanical Garden. "There has been very little general collecting in this area. Over the course of a decade we have documented more than 7,000 species, which is about a third of what you can find in North America."

Since the start of Proyecto Madidi (Project Madidi), 132 of those species have been identified for the first time, according to the Missouri Botanical Garden. The study area in the project encompasses a little over 68,350 square miles (110,000 square kilometers), including three protected areas: Madidi National Park, Pilón Lajas and Apolobamba. Madidi is recognized as one of the world's most biologically diverse regions. The park stretches from the top of the Andes to the tropical rainforests of the Tuichi River.

Many of the newly identified species can be found only in very specific areas of Madidi and surrounding areas and have been assigned a provisional conservation status of "vulnerable," following the International Union for Conservation of Nature guidelines. Others are more broadly distributed and clearly indicate that more is to be found.

For now, Jørgensen considers the threat to the species to be limited as long as the protected areas are respected, but he said construction of new roads and an increase in cattle and farming put several places in the region at risk of fragmentation.

The announcement of the new species was published in a recent edition of the Missouri Botanical Garden's journal, Novon.