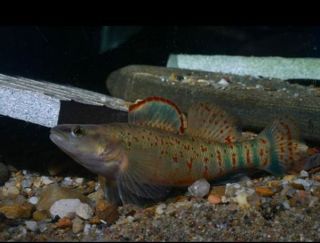 The U.S. Fish and Wildlife Service has released its most recent updates to the list of candidates being considered for protection under the Endangered Species Act.

With five new additions and one removal, there are now 251 species listed as candidates for protection under the Endangered Species Act.

The USFWS considers a plant or animal species a candidate if they have enough information on the organism's status and any threats facing its population to consider them threatened or endangered.

"The candidate list offers the service and our partners a unique opportunity to address the threats to these species through voluntary conservation efforts on public and private lands," said director Rowan Gould. "We will continue working to reduce the number of candidate species by developing conservation agreements that reduce or eliminate the threats they face, and by listing species that warrant protection under the Endangered Species Act as soon as possible."

While the candidates do not receive protection from the ESA, the annual identification of these species helps increase awareness of which organisms are in need of conservation. This knowledge enables landowners and resource managers to address threats and work to end the need to list a species as threatened or endangered. Currently, the USFWS is working to implement conservation agreements that will cover 5 million acres of habitat for more than 130 candidate species.

The five species that were added to the most recent listing are:

In addition to the five new species added, there were four changes in priority announced with the list. A species' priority number is based on the magnitude and imminence of the threats they face. Three of the candidates decreased in priority, while one increased.

In order to aid these various organisms, the USFWS has grants and programs in place to protect candidate species and their habitat . The USFWS can enter into Candidate Conservation Agreements (CCAs), which are formal agreements between the service and one or more public or private parties to address the conservation needs of proposed or candidate species, or even species that are likely to become candidates, before they actually become threatened enough to be listed.

Through 110 different CCAs, the habitat for more than 100 species is managed on federal, state, local agency, tribal and private lands, and often support conservation acts for multiple threatened species.

The USFWS is looking for additional information on these candidate species, as well as information on other species that may warrant protection under the Endangered Species Act.

The complete notice and list of proposed and candidate species can be found online at http://www.fws.gov/endangered/what-we-do/cnor.html.