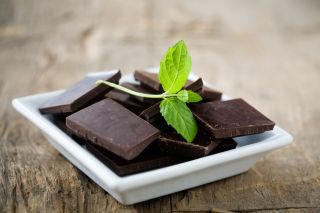 Eating chocolate may change the immune system in ways that aggravate acne, a small new study from the Netherlands suggests.

In the study, researchers collected blood from seven healthy people before and after they ate 1.7 ounces of chocolate, each day for four days. (The chocolate contained about 30 percent cocoa.)

The researchers then exposed the blood cells to bacteria called Propionibacterium acnes, which contribute to acne when they grow inside clogged pores and cause pores to become inflamed, and to Staphylococcus aureus, another skin bacteria that can aggravate acne.

After eating chocolate, the participants' blood cells produced more interleukin-1b, a marker of immune system inflammation, when exposed to Propionibacterium acnes. This suggests chocolate consumption could increase the inflammation that contributes to acne, the researchers said.

In addition, eating chocolate increased production of another immune system factor called interleukin 10 after exposure to Staphylococcus aureus. Interleukin 10 is thought to lower our bodies' defenses against microorganisms, and thus, higher levels of interleukin 10 could create conditions that allow bacteria to infect pimples, and worsen them, the researchers said.

However, the results are preliminary, and the jury is still out on whether indulging in the sweet treat can really prompt a breakout.

Future studies should look into which components of chocolate (fats, sugars, etc.) might be responsible for the effects, and whether fat-free chocolate would have a different effect, the researchers said.

A 2011 study also found that chocolate consumption worsened acne, but the study involved only 10 men who consumed pure chocolate.

Although there's a lot of talk about chocolate and other foods playing a role in acne, there's very little evidence to show they do, said Dr. Kanade Shinkai, a dermatologist at the University of California, San Francisco School of Medicine, who specializes in acne treatments.

"I think there's 10 times more discussion about it than there is data," Shinkai said.

There is some evidence that so-called high glycemic foods, such as white bread, which release sugar very quickly into the bloodstream, may be linked to acne, Shinkai said. For instance, one study found that a population in Papua New Guinea with a low glycemic diet had no cases of acne across all ages, while in the United States more than 80 percent of teenagers have acne. Other studies looking at a possible link between diary products and acne have had conflicting results, Shinkai said.

While there may be a subset of people whose acne is influenced by diet, this is probably not true for everyone, Shinkai said. Multiple factors contribute to acne, including genetics, hormones and certain medications. [See Acne in Women Can Signal Hormone Problems.]

Shinkai said most dermatologists do not recommend dietary changes to help with acne, unless a patient is certain that a particular food is linked with his or her acne. Shinkai cautioned against broad dietary restrictions, such as avoiding diary, because diary products are important sources of calcium and vitamin D for many people, and the nutritional benefits of the products outweigh the impact of acne, she said.

Eating small amounts of chocolate has been linked with health benefits, such as a reduced risk of heart attack and stroke.

The new study, conducted by researchers at the Radboud University Nijmegen Medical Center in the Netherlands, was published online March 1 in the journal Cytokine.

Pass it on: For some people, chocolate consumption may worsen acne.