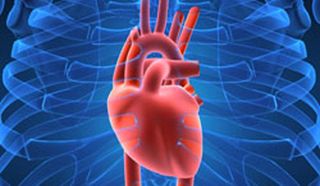 Researchers have found scent receptors in the heart and other places outside the nose.
(Image: © Dreamstime)

Your nose may not be the only organ able to sense the enticing aromas of roasted coffee or freshly baked bread. Such sensors are also found in the heart, lungs and blood, research shows.

"But does this mean that, for instance, the heart 'smells' the steak you just ate? We don't know the answer to that question," Peter Schieberle, a food chemist at the Technical University of Munich and the German Research Center for Food Chemistry, in Germany, said in a statement. Schieberle described the fragrant findings Sunday (April 7) at a meeting of the American Chemical Society in New Orleans.

When airborne chemical compounds from food and other substances enter the nose, they bind to olfactory receptors there, triggering a cascade that tells the brain what something smells like. These receptors were thought to exist only in the mucus-laden tissue in the back of the nose, but growing evidence suggests that other organs have them, too.

For example, sperm cells are known to contain odor receptors, which are thought to play a role in helping the sperm locate the egg. Growing evidence now suggests these receptors are also found in the heart, lungs and blood.

Schieberle and his colleagues recently found that human blood cells are attracted to molecules associated with certain odors. When scientists put blood cells on one side of partitioned chamber and an odor compound on the other side, the blood cells migrated in the direction of the odor. It's unclear whether these odor compounds work the same way in the body as they do in the nose, Schieberle said, but he hopes to find out. [10 Amazing Facts About the Heart]

The science of taste

Schieberle works in the field of "sensomics," which seeks to understand which of the myriad aroma compounds are important for human taste and smell. Sensomics helps explain what makes foods taste, feel or smell appetizing or unappealing.

In particular, Schieberle is interested in the complex aromas involved in foods such as chocolate or coffe. In his lab, researchers break smells down into their chemical components, and recombine those components in unique ways for taste tests. Researchers found that coffee contains as many as 1,000 odor components, but only 25 of these components bind to odor receptors to produce a smell.

Odor receptors are a kind of G-protein-coupled receptor, which earned the Nobel Prize in chemistry in 2012. While there are about 400 of these smell receptors in the human body, there are only about 27 taste receptors. Until now, most research on food and taste has focused on the components in food, rather than how they are perceived, Schieberle said.