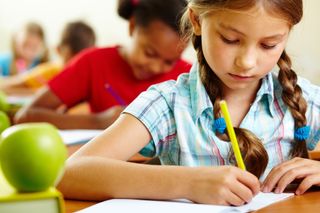 Involving children in a school gardening program may do more than cultivate a green thumb. It may also cultivate a greater interest in trying new foods, a new study suggests.

Australian researchers found that elementary school children had an increased willingness to try new foods after they had grown and cooked them in a school-based kitchen and gardening program.

"A combined cooking and gardening program can have a dramatic impact on children's attitudes to food in a relatively short space of time," said study author Lisa Gibbs, Ph.D., an associate director at the Jack Brockhoff Child Health and Wellbeing Program at the University of Melbourne.

The study is published today (March 7) in the Journal of Nutrition Education and Behavior.

Researchers compared six schools with a kitchen garden program to six schools that had schoolyard gardens but lacked a structured program. They collected data from 764 children ages 8 to 12 and 562 parents at the 12 schools, and evaluated the program's impact over a two-and-a-half year period.

Children participating in the program spent at least 45 minutes a week in the garden with a garden specialist. They grew a wide range of fresh herbs, such as coriander and chives; vegetables such as fava beans and Swiss chard; and fruits, including strawberries and peaches, Gibbs said.

Kids also spent 90 minutes a week in the kitchen with a cooking specialist making lunches that used the fresh herbs and produce. The children prepared, cooked and shared new foods with their classmates weekly, said Gibbs. During these lunches, which featured dishes ranging from pasta and salads to curries and handmade pastries, children were encouraged to taste the foods, but they were under no pressure to eat them.

Traditional subjects were blended into the curriculum so children would measure plants and track their growth as part of their math lessons; write about their time in the garden for an English assignment; or learn to identify plants in science class.

Surveys completed at the end of the kitchen garden program found that kids in the program group were twice as willing to try new foods as children who did not participate in a structured program. Parent questionnaires had similar results.

At the beginning of the study, parents in schools with the kitchen garden program reported that nearly 39 percent of children were willing to try a new food if they had cooked it, but this number had jumped to 51 percent by the end of the program. By contrast, 32 percent of parents at schools without the formal program said their child would sample a new food if their child had cooked it; at follow-up, this number had increased slightly to almost 34 percent.

The study did not find quantitative evidence from parents that the program influenced healthy eating by increasing children's fruit and vegetable intake at home, but feedback from teacher surveys and principal interviews suggested it had begun to plant seeds of change. The educators observed that the children had been introduced to new ingredients and tastes; kids were bringing healthier snacks and bag lunches to school; and parents were reporting that their children had become more adventurous eaters at home.

School-based kitchen and gardening programs are a great way to help children understand where their food comes from and gain life skills in gardening and cooking at an early age, said Karrie Kalich, Ph.D., an associate professor of health sciences at Keene State College in Keene, New Hampshire, who was not involved in the study.  Such programs are also "good for hands-on learners who may not be getting much out of a traditional learning environment," said Kalich, a dietitian who has designed and implemented "Early Sprouts," a gardening and nutrition program in a preschool setting.

Kalich said she wasn't surprised that the study only found evidence of an increased willingness on the part of children to taste new foods. "It's a step in the right direction and a necessary first step," she said, since children ages 8 through 12 still have a pronounced fear of new foods.

Although the ideal research outcome would show that a school-based kitchen and gardening program actually boosted the amount of healthy foods children ate, such a result usually occurs over time as kids transition from rejecting new foods to accepting and enjoying their taste, Kalich pointed out. Still, this result might not satisfy principals or teachers worried about whether or not a gardening curriculum might undermine students' performances on standardized test scores. What’s more, not every school has the financial resources or growing climate to implement a gardening program.

The Australian program used part-time specialists to instruct children rather than full-time teachers. But Kalich said in the U.S., school gardening programs might be championed and tended to by a teacher as a labor of love in addition to his or her usual classroom duties.

Pass it on: Children who grow food and prepare it are more likely to try it.