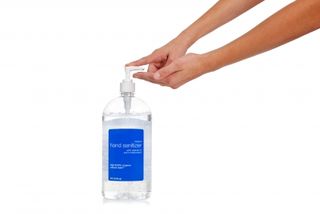 A plucky 11-year-old cancer survivor has survived another, more unusual health scare: She burst into flames at a hospital in Oregon.

After hitting her head at school and losing consciousness, Ireland Lane was taken to Doernbecher Children's Hospital in Portland, according to the Oregonian. In years past, Ireland had received extensive treatments for kidney cancer.

While recovering at the hospital, and with her father Stephen dozing in her room, the girl's T-shirt suddenly caught fire, ABC News reports.

Though her father awoke and quickly extinguished the flames, Ireland has been transferred to Legacy Oregon Burn Center with third-degree burns over much of her torso and head; her hair also caught fire, the Oregonian reports.

"I've been in medicine going back 30 years now and never heard anything like this. And hopefully I never will again," Dr. Stacy Nicholson, pediatrician at Doernbecher, told ABC News.

Fire investigators are still working to determine the cause of the blaze, but they may have fingered a culprit: alcohol-based hand sanitizer. Immediately before she caught fire, Ireland cleaned a bedside table with the product.

In 2002, a Kentucky nurse's hand sanitizer did in fact ignite from a spark of static electricity, according to the Oregonian, and a patient in Arizona suffered serious injuries in a 1998 operating-room fire involving an alcohol-based antiseptic.

Ireland is currently undergoing skin grafts, and it may be several weeks before she can leave the hospital.

"She still has bad dreams, but she doesn't recall the actual incident, which from my perspective is very good," Stephen Lane said of his daughter, as quoted in the Oregonian. "She's quite a tough one."