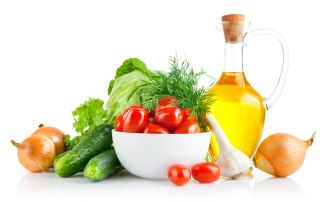 BOSTON — Chances are you know what's good for you — daily exercise, avoiding tempting sweets and eating plenty of fruits and vegetables. But chances are, you don't follow this advice.

So why is it so difficult to make healthy choices? Partly, it's because humans have a natural bias for rewards that come sooner (a piece of chocolate cake you can eat today) rather than later (a reduced risk of heart disease), said David Laibson, a professor of economics at Harvard University.

But there may be ways to help people follow through with their good intentions, Laibson said.

In recent studies, Laibson and colleagues have found that simple things like asking people to write down a plan for when they will do something can improve their adherence to healthy behaviors.

For instance, in one study, Laibson and colleagues gave people a leaflet telling them when and where to get a flu shot. If that leaflet also asked them to write down the date and time they planned to go (by providing a box to write this information), the percentage of people who actually went to get a flu shot increased from 33 percent to 37 percent.

While this is a relatively small increase, it took just "a few drops of ink" to the leaflet, he said, and future studies should explore whether other types of interventions have an even greater impact on behavior.

Laibson said his studies focus on how to get consumers, rather than product makers, to change, because those who make foods and beverages are responsive to their customers.

Laibson discussed his work this week at the annual meeting of the American Association for the Advancement of Science in Boston.

Work from other researchers has found that unconscious factors, such as the size of plates used for eating, can contribute to how much we eat, and using smaller plates reduces consumption.

Pass it on: Simple changes may make it easier for people to follow through with their health goals.