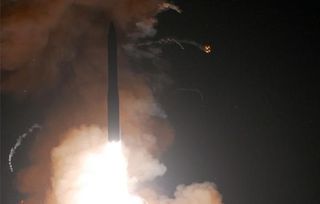 For example, “The same kind of technologies that are used to monitor earthquakes [could be] used to monitor nuclear explosions. [And] technologies that take atmospheric samples for tracking radon plumes could be used for monitoring other kinds of pollutants,” said Raymond Jeanloz, an Earth Science professor at the University of California, Berkeley and chairman of the Committee on International Security and Arms Control.

In a new study, detailed in this week’s issue of the journal Science, Jeanloz and his colleagues advocate that arms-control systems also be used to increase the number of sensors and the types of measurements being taken of the environment.

The researchers note that the monitoring systems for two current treaties — the Comprehensive Nuclear Testing Ban Treaty International Monitoring System, which uses ground-based monitoring stations, and the Open Skies Treaty, which uses aircraft to fly over and survey other countries (with the country’s permission, of course) — could easily be used to simultaneously track the environment.

The arms control sensors could complement environmental satellite data, help us understand and prepare for natural disasters, and show us the bigger picture of how pollutants and greenhouse gasses spread, the scientists say.

Arms-monitoring technology has already been used in a number of disaster relief applications, such as after the Fukushima, Japan, nuclear plant disaster in 2011 to track radiation in the atmosphere and flying U.S. airplanes over Haiti to track the refugees from the earthquake in 2010.

Jeanloz and his team are now trying to explore the implications of publicly crowdsourcing the environmental data gathered from arms-control systems, and whether the information might contain potentially sensitive or classified information.