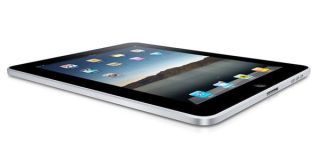 NEW YORK — Digital devices are everywhere these days and a growing number of mobile applications are aimed at kids. The result: Parents may struggle with how long to let their children use them, if at all.

Digital media use in young children is common — computers, smartphones and tablet devices, along with video games, contribute to about a quarter of the time children ages zero to eight spend in front of screens, according to a 2011 report from Common Sense Media, a nonprofit organization that provides advice on media use in children. (The rest of their "screen time" is spent watching TV.) In addition, about 30 percent of parents say they have downloaded applications, or apps, on their mobile devices for their children to use.

Whether or not young children should use tablets, such as iPads or other digital media, is controversial. Some argue that young children should not be exposed to screens — the American Academy of Pediatrics recommends children younger than 2 spend as little time as possible in front of the TV or other screens. At this age, young children lack the mental ability to understand what they're watching, the AAP says. Others  argue that children, even very young ones, can benefit from digital media, including certain educational iPad apps.

Tablets have not been around long enough for researchers to study whether or not children can really learn from them. And researchers warn that, just because a child can interact with an iPad, instead of passively watching it like a TV, doesn't mean a child can learn from it.

"Everyone thinks that because you interact with content, it's going to be OK," Rosemarie Truglio, senior vice president of education and research for Sesame Workshop, said last week at an event here at the Barnard Center for Toddler Development that discussed media use in children. "It's the content, not the medium," that makes the difference," Truglio said.

Despite the controversy, experts agree that moderation is key. Parents should be aware that any time spent in front of a screen is time a child could be spending interacting with the real world, according to Common Sense Media. Truglio recommends that children spent no more than 1.5 to 2 hours in front of any kind of screen each day.

If you let your child use applications on a tablet or smartphone, here are some tips.

Pass it on: If you let children use a digital device, play with them, and limit the amount of time they use it.