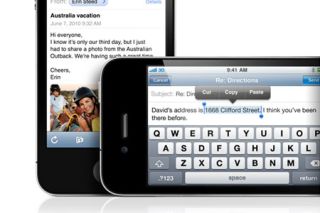 We tend to hold devices such as Blackberrys and iPhones closer than printed materials when reading, a new study suggests.

This difference could affect vision correction, and optometrists are now gauging visual demands based on how we use smartphones and other new technologies, the study said.

Researchers asked 129 smartphone users to demonstrate how they would hold their mobile device while reading a text message or a typical Internet page. The participants wore their usual glasses or contact lenses while reading.

The researchers also evaluated the size of the text on the devices, in order to determine whether the working distance at which users held their phones was appropriate for the font size used on the devices.

But those were both closer than the typical working distance of 15.7 inches (40 cm) used when reading printed text, such as a newspaper.

Holding smart phones at such short distances can place increased demands on the eyes' ability to correct for distance, which is known as accommodation. Short distances can also increase demand on the coordination between eyes, or vergence, compared with the distances typically used when reading printed text.

Smart phones "may present a variety of visual demands that are significantly different in terms of working distances, gaze angle, and text sizes," the study said.

Over time, this increased demand on eyes can lead to conditions such as eyestrain and headaches, the researchers said.

The findings were published in the July issue of the journal Optometry and Vision Science.