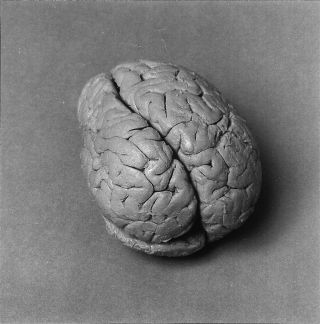 The speechless patient called 'Tan' who allowed Paul Broca to tie a specific brain region to language has been identified as Louis Leborgne
(Image: © Bruno Delamain)

In the 19th century, a speechless patient wasted away in the Bicetre Hospital in France for 21 years. He was known as 'Tan' for the only word he could say, and for 150 years, his identity has remained a mystery.

In 1861, as Tan lay dying, the famous physician Paul Broca encountered the patient.

When the ill-fated patient died, Broca autopsied his brain

Broca noticed a lesion in a part of the brain tucked up behind the eyes. He concluded that the brain region was responsible for language processing. But despite Tan becoming one of the most famous medical patients in history, he was never identified until now.

A 2007 study in the journal Brain revealed the extent of the lesion using MRI imaging. A recent study identified the patient as a Monsieur Louis Leborgne, a craftsman who had suffered from epilepsy his whole life.