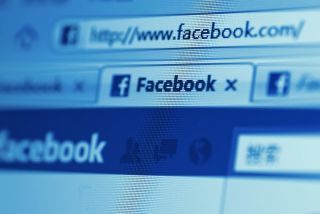 A person's Facebook profile may reveal signs of mental illness that might not necessarily emerge in a session with a psychiatrist, a new study suggests.

"The beauty of social media activity as a tool in psychological diagnosis is that it removes some of the problems associated with patients' self-reporting," said study researcher Elizabeth Martin, a psychology doctoral student at the University of Missouri. "For example, questionnaires often depend on a person's memory, which may or may not be accurate."

Martin's team recruited more than 200 college students and had them fill out questionnaires to evaluate their levels of extroversion, paranoia, enjoyment of social interactions, and endorsement of strange beliefs. (For example, they were asked whether they agreed with the statement, "Some people can make me aware of them just by thinking about me.")

The students also were asked to log onto Facebook. They were told they would have the option to black-out parts of their profile before some of it was printed out for the researchers to examine.

Participants who showed higher levels of social anhedonia — a condition characterized by lack of pleasure from social interactions — typically had fewer Facebook friends, shared fewer photos, and communicated less frequently on the site, the researchers found.

Meanwhile, those who hid more of their Facebook activity before presenting their profiles to researchers were more likely to hold odd beliefs and show signs of perceptual aberrations, which are irregular experiences of one's senses. They also exhibited higher levels of paranoia.

"However, it should be noted that participants higher on paranoia did not differ from participants lower in paranoia in terms of the amount of personal information shared," the researchers wrote in their study detailed Dec. 30, 2012, in the journal Psychiatry Research. That finding suggests this group might be more comfortable sharing information in an online setting than in the face-to-face interactions with the experimenter.

The researchers said information culled from social networking sites potentially could be used to inform diagnostic materials or intervention strategies for people with mental health issues.