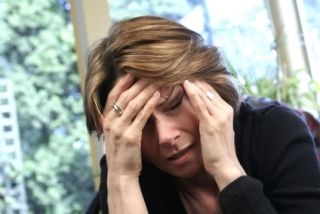 Lightning strikes may trigger migraine headaches, according to new research.

The findings, published today (Jan. 24) in the journal Cephalalgia, are correlational, so they can't show that lightning strikes close to a person's house actually cause the headaches. But the changes in the air around a lightning strike could conceivably trigger electrical changes in the brains of migraine sufferers and cause headaches, said Frederick Freitag, the director of the headache center at Baylor University Medical Center in Dallas, who was not involved in the study.

In general, no one knows exactly what causes migraine headaches. Many scientists believe the brains of migraine sufferers are fundamentally more sensitive to outside influences and that certain foods, bright lights or even hunger can trigger the pounding headaches. [Ouch: 10 Odd Causes of Headaches]

Vincent Martin, a headache specialist at the University of Cincinnati, noticed that thunderstorms seemed to spur migraine headaches in some of his patients.

Intrigued, Martin and his colleagues wondered whether the effect was all in patients' heads or not.

To find out, he looked at data from a separate study of 90 migraine sufferers, more than 90 percent of them women, from the St. Louis and Cincinnati areas who had kept a daily diary of all their potential triggers for three to six months.

The researchers then collected data on all lightning strikes in those areas. For each headache sufferer, a same-day lightning strike occurred within 25 miles of his or her ZIP code about 10 percent to 20 percent of the time, Martin said. [Electric Earth: Stunning Images of Lightning]

"When a thunderstorm rolls in, there could be 50,000 lightning strikes within 25 miles [40 kilometers] of your house, you just don't realize it," Martin told LiveScience.

After controlling for other aspects of the thunderstorms that could cause headaches – such as temperature, barometric pressure, wind, humidity and rain – they linked lightning to a 13 percent jump in the likelihood of an attack.

Though the study can't prove that lightning actually triggered the migraine headaches, there are multiple ways in which it theoretically could, Martin said.

When lightning hits the ground, it creates low-frequency electromagnetic waves that induce a magnetic field, which could change the electrical signals in the brain, he said. Lightning also increases the number of positively charged ions in the air. And the electrical strikes also increase the concentration of the irritant ozone in the air.

Freitag said that though it may sound far-fetched, thunderstorms, via changes in the air's ionic charge, could trigger migraines.

For instance, research has shown barometric pressure can change concentrations in the air, which, in turn, can cause the release of the brain chemical serotonin, Freitag told LiveScience. Serotonin release can cause pain, he said.

But migraine frequency isn't constant, so the research team would need to study a geographic region that's broader, and for more time, to really pin down the link between headaches and lightning, Freitag said.

"They need to do a full year study of these patients," he said.