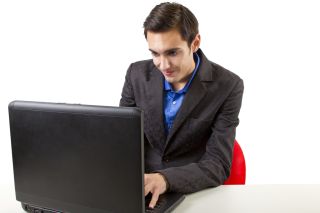 Leukemia, Twitter, and "catfish" lures: The saga of Manti Te'o's imaginary girlfriend is getting more confusing by the minute.

The Notre Dame linebacker initially told reporters that the "love of his life," a woman named Lennay Kekua, died of leukemia. But after some digging by a Deadspin reporter, it was discovered that Kekua never existed, and hence the reference to "catfish," which refers to this type of Internet dating hoax and is the name of a reality TV show. Te'o now says he was duped into an elaborate online ruse conducted through social media by an impostor.

But whether or not Te'o's story is credible, people do fall in love with people they've only ever met online, and the feelings are very real, according to experts who study online communication.

"It probably doesn't happen to a large percentage of people, but it happens occasionally, and it's very intense," said Joseph Walther, a communications scientist at Michigan State University, who has studied online relationships.

The online environment is a hothouse for cultivating idealized love. For one, people don't have much information about their partners online, Walther said. [How Do I Love Thee? Experts Count 8 Ways]

That leads people to "fill in the blanks" with either very positive or negative details, idealizing a love interest, he told LiveScience.

In addition, the Internet provides the perfect way to nurture that seed of romantic love into something more intense, said Catalina Toma, a communications professor at the University of Wisconsin at Madison, who has studied deception in online relationships. Especially in chat rooms or text messaging, the pressure of responding in real-time is removed, she said.

"You have a lot of control over what you say and to be very selective about how you present yourself," Toma told LiveScience.

The anonymity of the Internet also fuels the need to overshare. Because there is little to no information about body language or emotion online, people feel comfortable with disclosing more about themselves, which both encourages personal disclosures from the other person and fosters an intense sense of intimacy, she said.

However, most of the time, people have a strong desire to take online relationships offline, Toma said. Most people start with email or chat, then progress to photographs, phone calls, or Skype, and eventually arrange face-to-face dates. When they meet, love may bloom or wither, depending on how much fantasy lines up with reality.

Still, it's not typical to spend a year in an intense, emotionally intimate relationship online without actually meeting, as the football player says he did with his "girlfriend" Kekua, Toma said.

In fact, research by psychologist Monica Whitty of the University of Leicester has shown that people who date online soon realize the dangers of keeping romance in cyberspace, Walther said.

"The longer they go on online without meeting face-to-face, the more idealized they become," he said.

To avoid turning the real-life frog into a cyberprince, most people prefer to take things offline fairly quickly, he said.