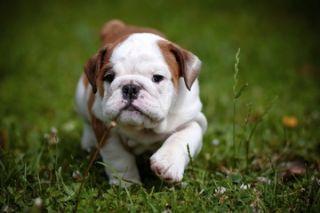 DNA analysis can be used to identify this pup's poop - possibly resulting in big fines for its owner.
(Image: © Shutterstock)

When nobody's looking, lazy dog owners have been known to leave their dog's poop on the sidewalk, in a park or on a neighbor's lawn. But one Florida condominium association has a new weapon in the war on dog droppings: DNA analysis.

The Vue, a luxury high-rise condo in Orlando, has a rooftop area for pets that's covered in artificial turf. But at least one dog owner was skirting the rules by not cleaning up after their dog, according to ClickOrlando.com. The condo association tried installing security cameras and adding more cleanup crews, but complaints kept piling up.

Exasperated, the group called in PooPrints, a Tennessee-based company that uses DNA analysis to identify the pooch poop perpetrators. Starting next month, the condo will require that all dog owners register their pet's DNA — obtained by swabbing the dog's mouth for a saliva sample — with the company's laboratory, according to the Orlando Sentinel. And if dog droppings are found, the DNA will be compared with the samples on file.

Residents who don't clean up after their dog will be fined $100, according to ClickOrlando.com. And repeat offenders could be evicted from the building. The program has been effective at cleaning up other Florida condos where dog owners were leaving a mess behind on lawns, in gardens — even in elevators.

"It was so disgusting," Pauline Gordon, Florida distributor for PooPrints, told the Orlando Sentinel. "As soon as we began with the program, the problems disappeared. Everybody started picking up. They knew they would have to pay the fines and the lab-test fees."

In addition to the gross-out factor, veterinarians warn that dog waste can spread disease to humans. To combat the problem, property owners and dog lovers nationwide have employed professional services from PooPrints to POOP 911, a California-based company that specializes in cleaning up after well-heeled dog lovers who would rather pay someone to do their dirty work for them.