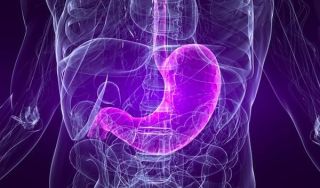 For people who wish they could satisfy their food cravings without wearing them on their waistlines, a new device claims to have the answer, though experts are critical of it.

The gadget, called AspireAssist, sucks food out of the stomach before it has a chance to be absorbed by the body. The patient requires a procedure that places a tube in the stomach that connects to a port outside of the body. (The procedure does not require general anesthesia, although people are sedated with medication.) About 20 minutes after eating, people attach a device to the port, and "aspirate" the food they have eaten — in other words, empty the contents of their stomach.

"Because aspiration only removes a third of the food, the body still receives the calories it needs to function," the company, Aspire Bariatrics, writes on its website.

In a U.S. trial, obese individuals who used the device lost more than 45 pounds during the first year, the company says. While AspireAssist is available in some parts of Europe, it is still undergoing trials in the United States, and has not been approved by the Food and Drug Administration, according to ABC news.

However, experts have many concerns about the device. Studies testing the device have been small and not rigorous in design, and researchers don’t yet know whether people who use it will end up healthier in the long term, said Dr. Pieter Cohen, an assistant professor of medicine at Harvard Medical School and a general internist at Cambridge Health Alliance.

"How do we know this is not the equivalent of bulimia?" Cohen said.

Experts also expressed concern about the device removing the good components of food the body needs, along with the bad.

"It seems so extreme," Katherine Tallmadge, the author of "Diet Simple" (LifeLine Press, 2011), told MyHealthNewsDaily. "We eat because our body needs nutrients. If it could selectivity suck out the junk food, then it might have some value. But it just indiscriminately sucks out a third of what you're eating."

Gastric bypass surgery also reduces calories absorbed from food by surgically rerouting the gut so that food bypasses a portion of the stomach and the small intestine. However, some experts said gastric bypass surgery has an advantage in that it also quells hunger — it lowers levels of the hunger hormone ghrelin — while AspireAssist does not appear to have this function. [See Infographic: Types of Weight Loss Surgery.]

"I don’t see how this gets around the hunger issue," Cohen said.

A patient interviewed by ABC News said he did not feel hungry with the device because he was able to keep some of what he ate in his stomach.

The device also has the potential for abuse — if people empty out most of the contents of their stomach, they could become malnourished, Cohen said. Studies will need to carefully test the device before we know if it will have any benefit,  Cohen said.

Pass it on: A device that sucks food from the stomach claims to help people lose weight, but experts are critical.